What for people leave in a taiga 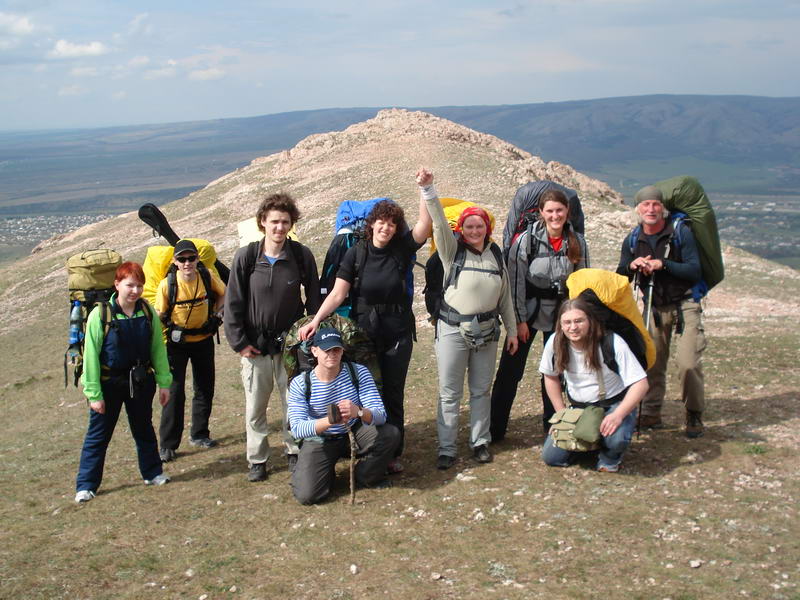 strongly reduced diary of a hike " Water and Stones " on May, 1-6st 2009.
What for people leave in a taiga, get into a jungle of Amazon, spend months at polar stations, make transitions on deserts? … this question for a long time interested me, and at all from that point of view, that they deprive with themselves any blessings of a civilization, and depart from a habitual image of the slow life, and from a foreshortening of search a little lost, but, nevertheless, absolutely necessary communication(connection) with the nature. Unknown force pulls us there, the some people give in to it(her), the some people persistently resist. I among the first. All has begun with desire. Desires to lead the next holiday unusually, it is elaborate if want. Easier(simply) to try(taste) something new. Besides holiday has coincided on time with holidays of friends. We have gone to Crimea together, it doubly inspired.

So, having reached Simferopol in the morning, and having looked round at station, we have stopped on a place of gathering, expecting the appointed(nominated) hour. Participants of our group from time to time approached(suited), got acquainted, joked. Having presented us of the instructor, Oleg Samotolkova, organizers have suggested to be engaged in business. Have divided fairly on backpacks tushenku and other fruits of the canning industry, and then, as usual, have built the general(common) photo. 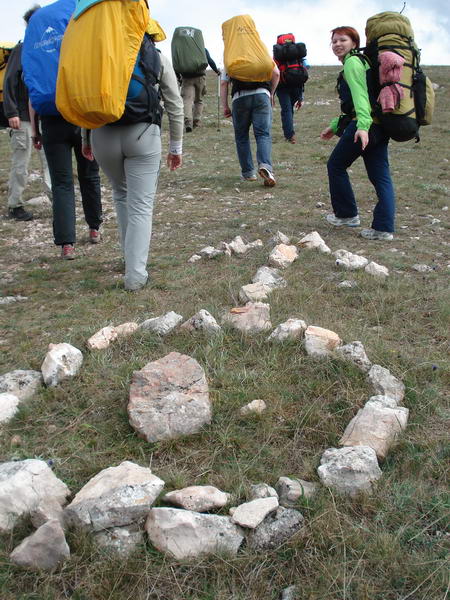 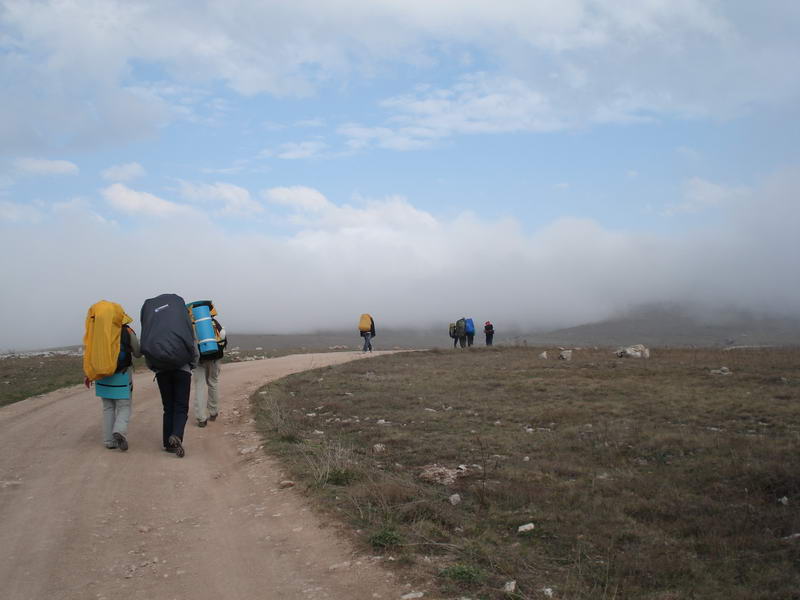 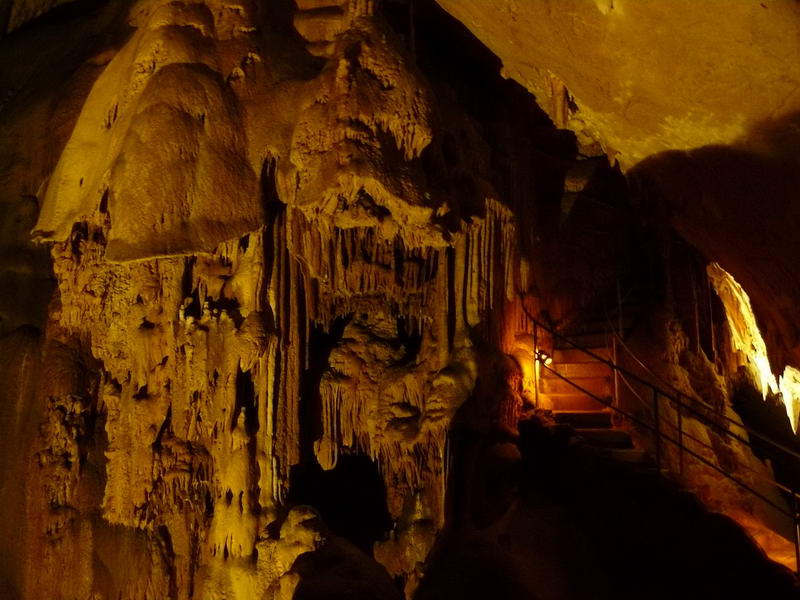 Weather spoiled on eyes, clouds tightened(delayed) ultramarin the morning Ukrainian sky, there was no time for the swing, therefore we at once have gone to a trolleybus stop. Expecting a trolley bus, had a snack local fastfudom fragrant coffee. SHustryj the bicorn trolley bus without problems has brought quickly us to a place, having left at Perevalnogo. Transition From here originates.

The sky did not promise anything good from first day. Having risen above Perevalnym, we held the way on Ishachej to a track. The magnificent top view on the one hand opened, with another - to us built physiognomies "monkey". In occasion of this term different opinions go. Up to that this cleanly Crimean definition of quickly coming fog in mountains. Acquaintance was fleeting, and we have not was in earnest to it(her), and it(she) as if examining visitors, shifted the fluffy body on slopes. Nevertheless, "monkeys" not time met to us for all route.

At once has was evident magnificent spring mountain flora. Unknown earlier flowers and young leaves of trees pleased eyes to us and the tourists repeatedly met on a way. We welcomed each other and exchanged wishes. Rises still did not seem such painful, and weather has allowed will relax for a short while, but soon all has changed. Having approached(suited) more close to CHetyr-Dagu, Oleg, complaining about weather, has offered will stop on a camp site and to be passed(be taken place) on caves. We, having agreed, have left things and have gone on excursion.

The cave has impressed the Bottomless Well, and, certainly, Emine-Bair-Hosar where we went down with instruktorom-speleologom. Next day has begun with weather forecast. Oleg delayed time of an output(exit), even at the night of villages a dense fog. Having had breakfast and having turned back raincoats, we have dared to go further. On a camp site have wished good luck and good weather. 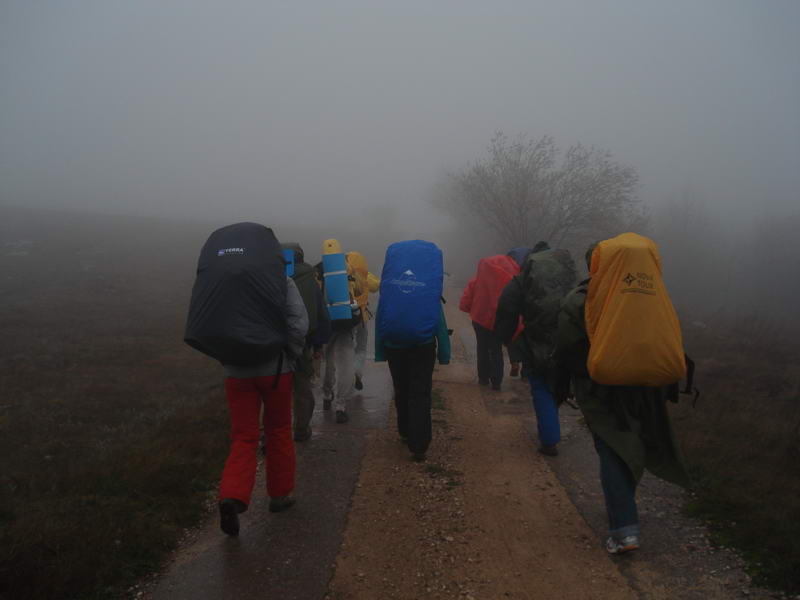 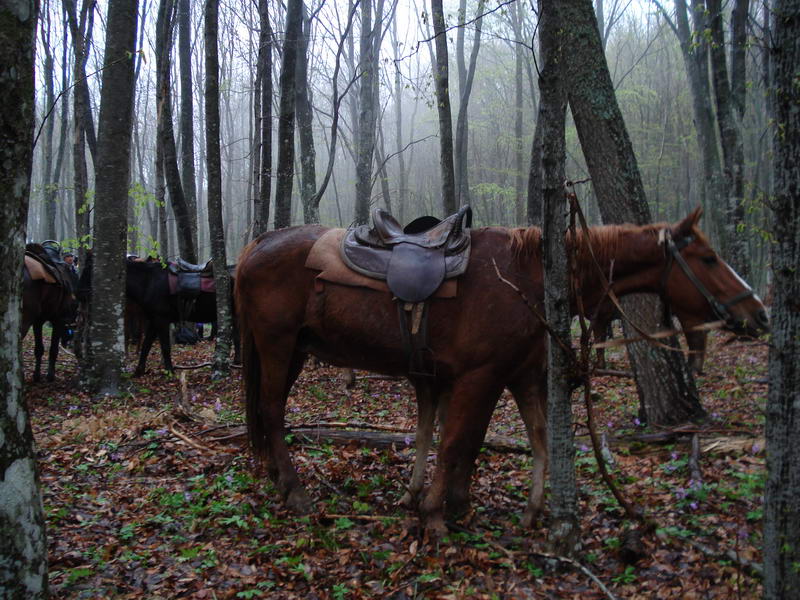 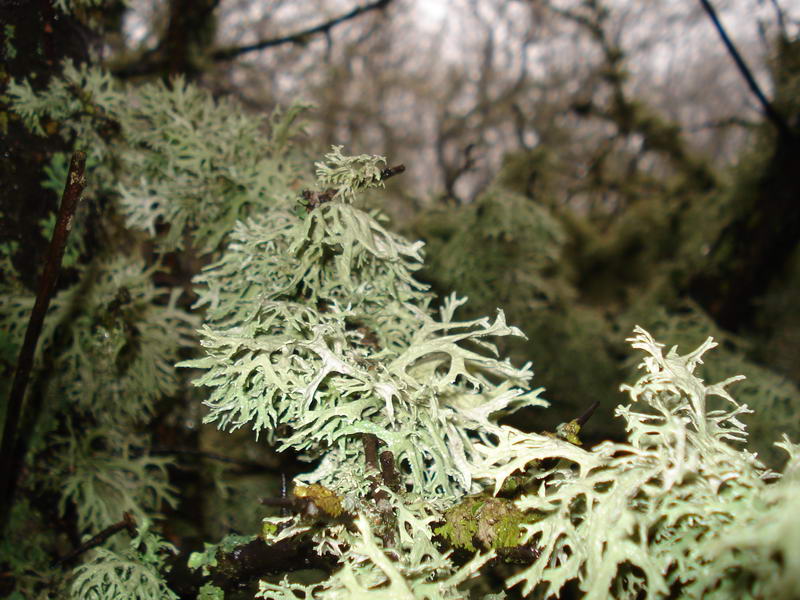 Fog the hero of a fascinating computer game reduced visibility up to polumetra, as if you. The route went through gorge Tissovoe to Angarsk pass. It meant, that ahead constant, passing in abrupt, dangerous descent(release) on the wet ground with stones and last year's leaves. Oleg has advised us to cook up trekingovye a stick from a underfoot material, that certainly it was useful on descent(release). To go down it was necessary accurately, having incorporated in a circuit, insuring each other.

On a way to us there was ten horses and their owners heated at a fire. After us on Angarsk pass "monkey" has gone down also, legs(foots) were wet from a dirt and deposits. Having got warm tea with sandwiches, having built bahily from garbage packages, we inspired just bought(purchased) two bottles of vodka, have decided to spend the night open-air, not looking on unfriendly "monkey". The fire, macaroni with tushenkoj and tea with vodka have made the business - one participants of group prevented to sleep another the laughter and cheerful histories as it was found out next morning. 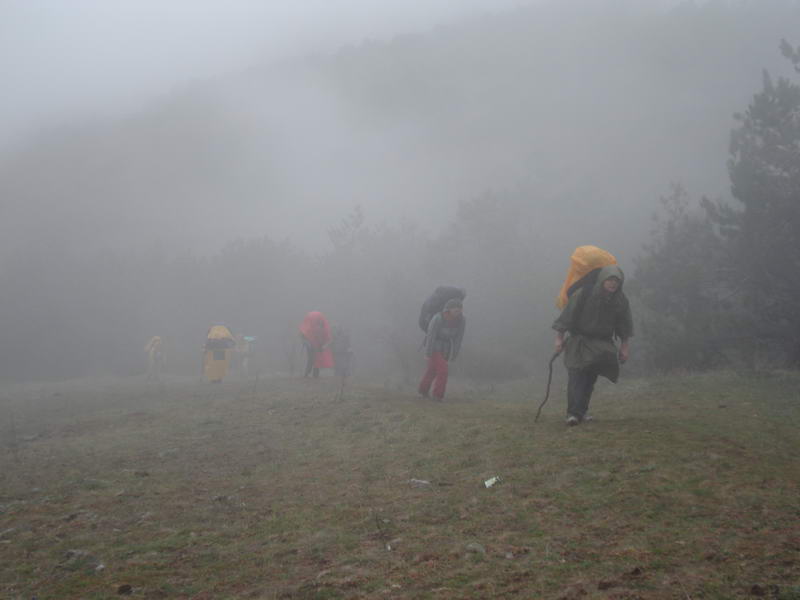 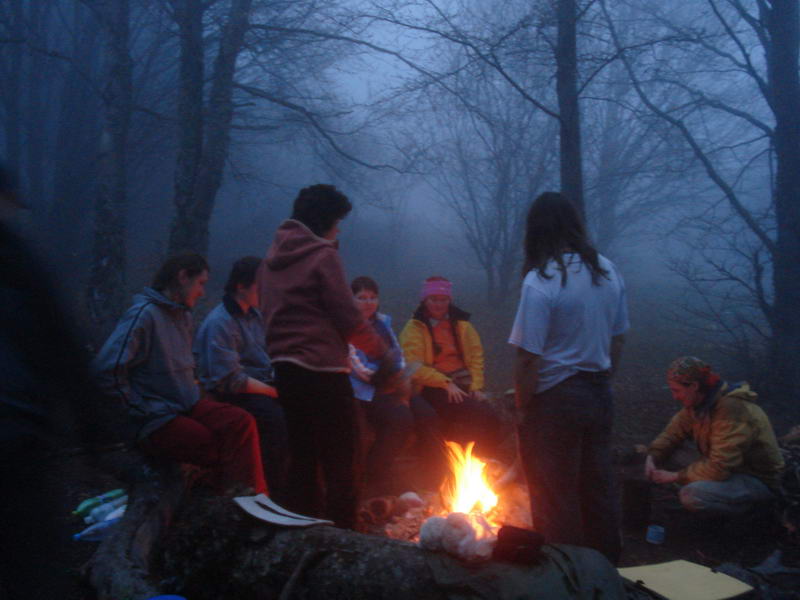 In the morning I have woken up from the drops of a condensate fallen on the person(face) - Oleg impatiently approaching(suiting) to tents, knocked unostentatiously on walls with a phrase: « People, it is time to rise … ». This phrase became winged and repeated practically every morning. The sky was pure(clean), the millet cereal has gone right on glory, vjalennye krossovki warmly embraced a leg(foot) and it was necessary to gather in a way. Weather, having pleased us sutra, has again replaced scenery and has forced to throw with raincoats.

Ahead the steep slope on Orta-Kosh, a fog again closed the review, sometimes dissipating. It did not prevent to photograph to us, the blessing even was in a fog of objects much. Having passed(having taken place) on slopes Northern Demeredzhi, we have gone down, to falls Dzhurla. Here there should be our third parking. Again the fire, again fiery water in tea and a guitar have wakened our hearts, Oleg has played something tourist. The porridge and hot tea have dispersed the rests of a dream sutra, and we were again ready to go forward. 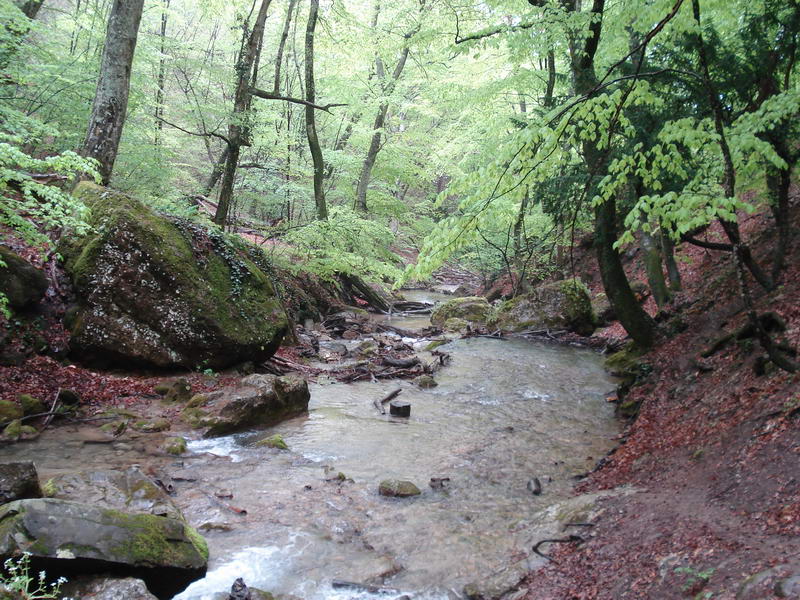 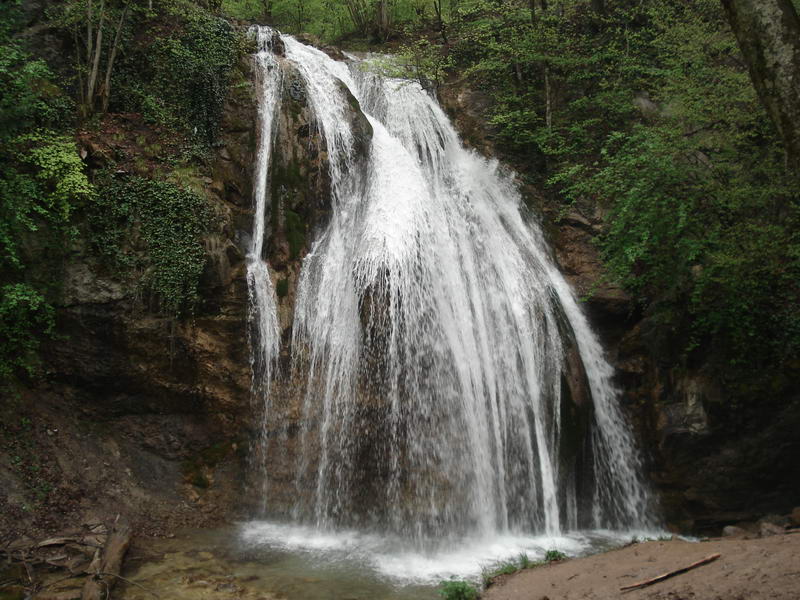 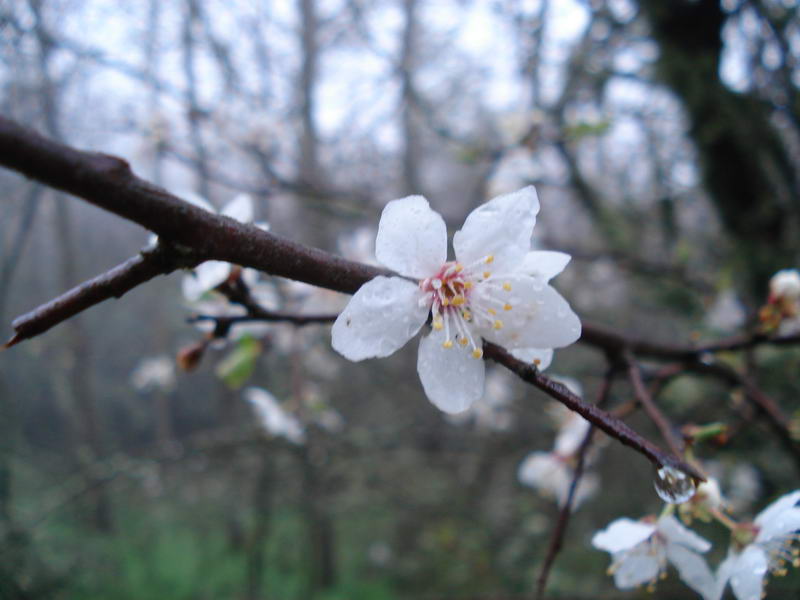 Now it was necessary to go down to falls Dzhur-Dzhur. The monkey did not regret us, dropping out drops on bright raincoats. On a way there was a motorcycle "Izh", prislonyonnyj to a tree. To not take advantage of the moment it would be silly, and we, serially, were photographed in a saddle of this green miracle of technics(technical equipment). As it seemed to me, the device was warm - horsemen, should be, send(have departed) for a short while on affairs. And it is valid, after a while, when we already had time to forget about two-wheeled means of transportation, it(he) has arisen behind with three sedokami onboard and has overtaken, kneading a dirt.

At cash department of a falls we have left backpacks, and have gone to examine sight. Naturally the falls collected around of itself many tourists and simply were interested(interested), the blessing to it(him;them) it is possible to reach in a civilized way. Having embodied a group sex on background Dzhur-Dzhura, under beams of unexpectedly looked out Crimean sun, have gone downwards to General. Having had a bite and having filled up stocks of sausages and a warming liquid, we have waved to the monkey who has remained behind and have gone on Aj-Aleksy. 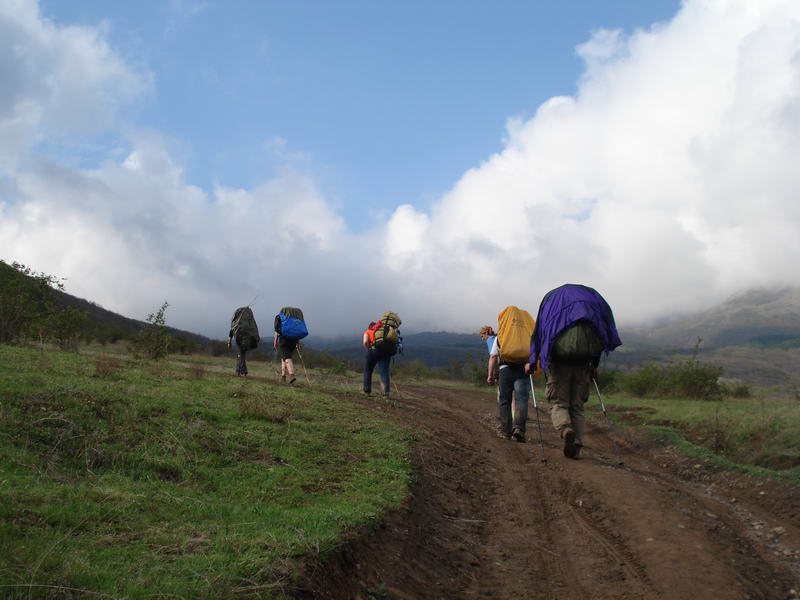 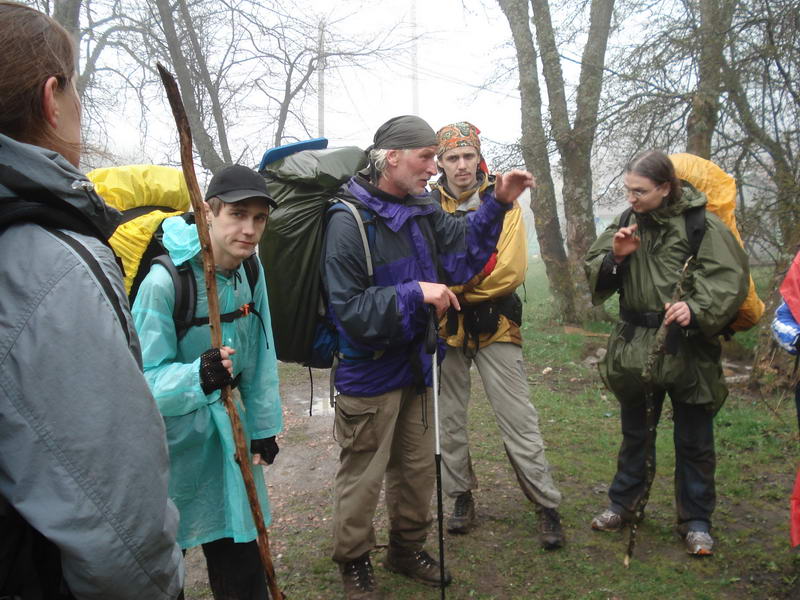 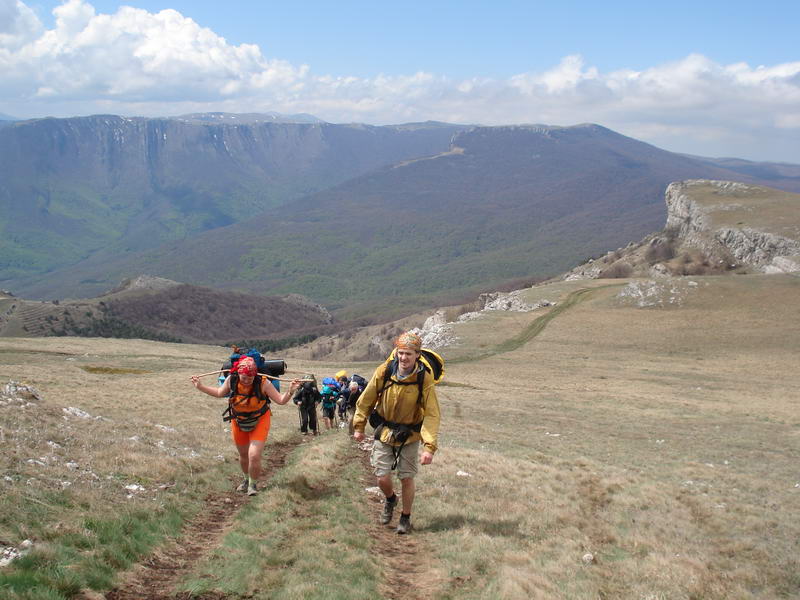 On a way has absolutely cleared up. Separate have bared finitenesses for sunburn. By the evening have reached a sacred source and have nearby broken camp. The supper seasoned by horror stories of Oleg, was as always remarkable. However, we have suddenly laid down to sleep. Morning of the fifth day has begun with the burnt slightly porridge. But famine, as is known, not the aunt, and, having supported, we have decided to be put forward, the way was coming long. The clear sky and the sea flashing in the distance, attracted forward.

First it was necessary to climb up top Take-Tene, 1263 meters above sea level. On a way the huge number of beautiful photos, the blessing kinds have been made opened magnificent, it was visible CHetyr-Dag - the beginning practically of transition. At top we were waited with an awful wind, besides all have terribly got hungry, rising on Take-Tene. At the general(common) desire has been organized perekus. So I am high still did not eat on open air. Further we have gone down on the Mountain Karst of Crimea and through the Greater(Big) Gate send(have left) to CHegenitre. 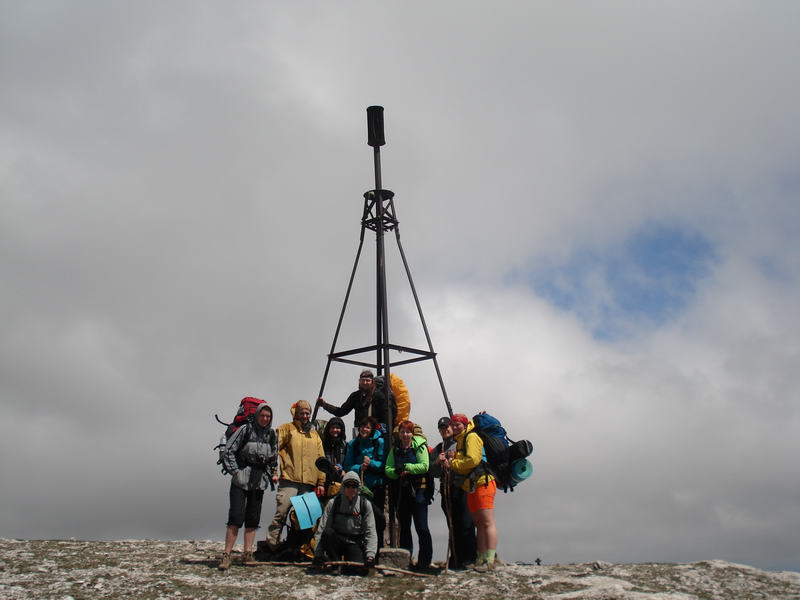 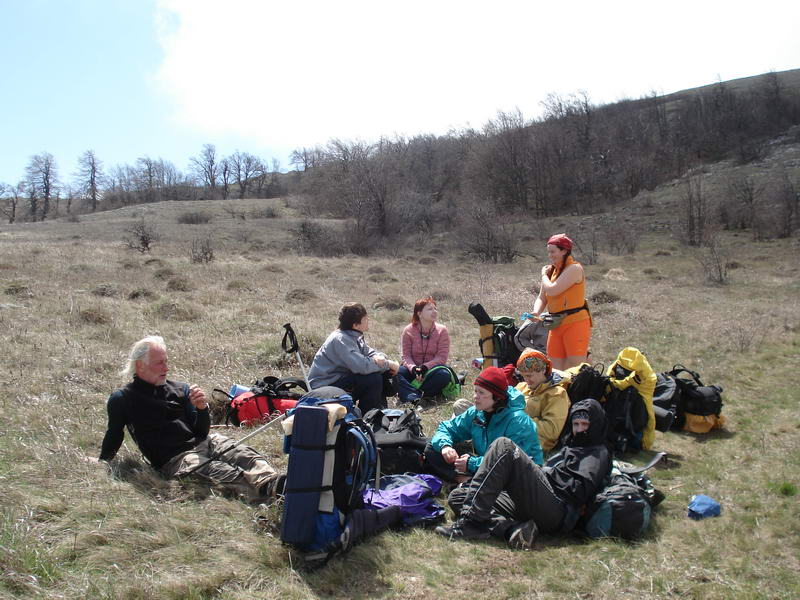 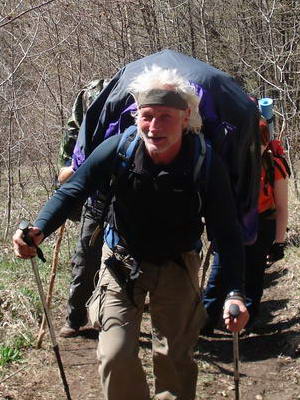 Went downwards on so-called sypuhe, under legs(foots) stones evaporated feeling of confidence with each step. The sun scorched, the some people even had time to scorch, the cream was useful for sunburn. Extreme parking has happened about lake that has enabled to wash and wash a head, at last. Under the pure(clean) star sky and sounds of a guitar have added a tasty supper of unforgettable impressions in a coin box of memoirs.

Solar morning has joyfully wakened us. Remains absolutely slightly. Having had breakfast, we have started to gather, Oleg has drawn the passed(taken place) route on a card(map). Our road passed(took place) through vineyards to Fishing. And further the sea. Grapes timidly showed green leaves. Eh, here in avguste-sentjabre! 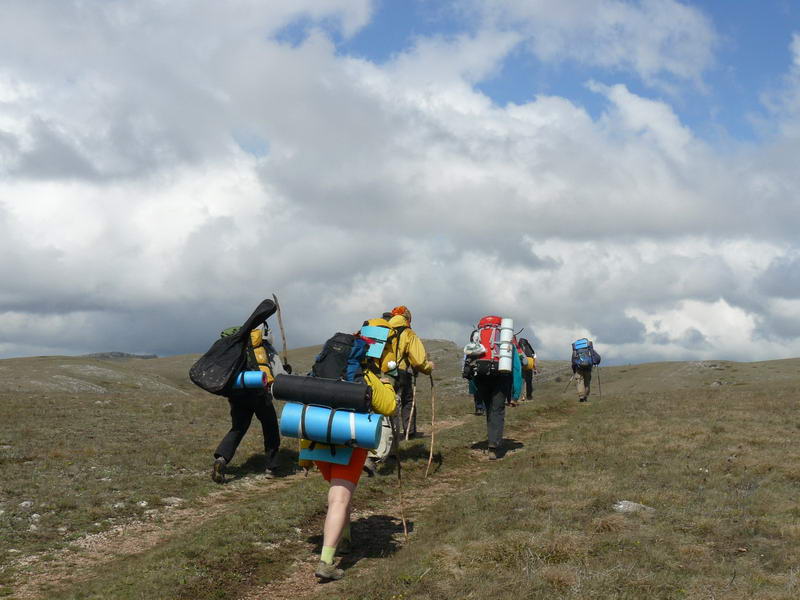 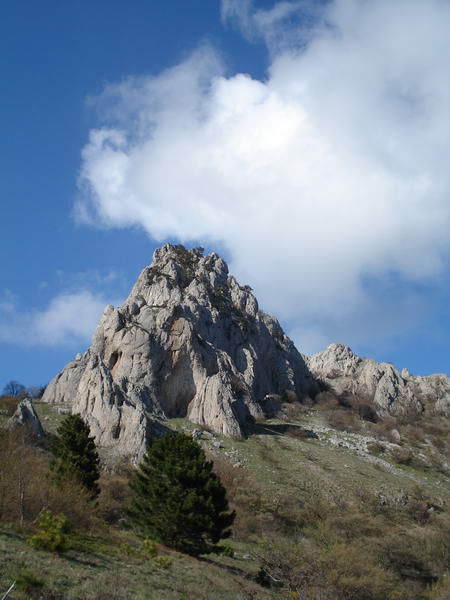 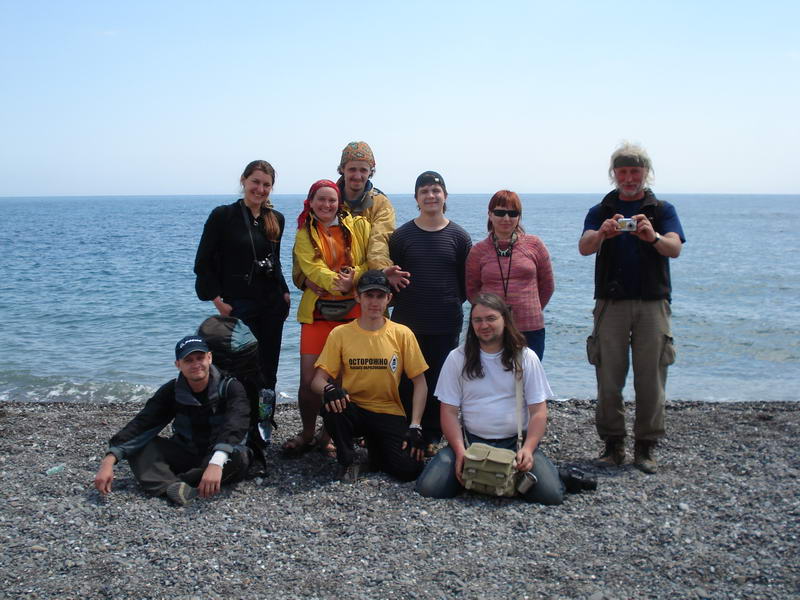 Rather quickly we send in addition(have reached) up to Fishing. Small small town, so to say « all is included » for tourists. On an input(entrance) we have tried(tasted) local paradise morozhennoe. Then by the established(installed) tradition have gone(send) to cafe: chebureks, beer and a kind on the sea - practically execution(performance) of secret imaginations. Chebureks seem meal of gods, and beer - their drink. The sea rustled, the wind informed shout chaek.

Remains obmenjatsja numbers of mobile phones and addresses of e-mails. Time has come to say goodbye. The general(common) photo for memory on a background of infinite Black sea and further our ways miss. Though there was even separately taken evening at the sea, and then a unforgettable dawn … but it already absolutely other history.

P.S. I Would be desirable to tell huge « you I love » to participants of this historical transition. Thanks Oleg for fadeless sense of humour and compassion to morning muffled persons(faces). Huge mersi to Vladimir and Anechke for fine mood in camp. To Respekt Svetlana and Alexander that held us in a tone always, everywhere and for ever and ever. To Alexey salute and success on a life. Djakuju for four-seater cargo Irishku. Separate thanks Vyacheslav and Tatyana for kindly given place in tent, was warm and ;) Is cheerfully assured(confident), that a meeting not sluchajna and we shall meet again.