As we learnt unprecedented corners of Crimea 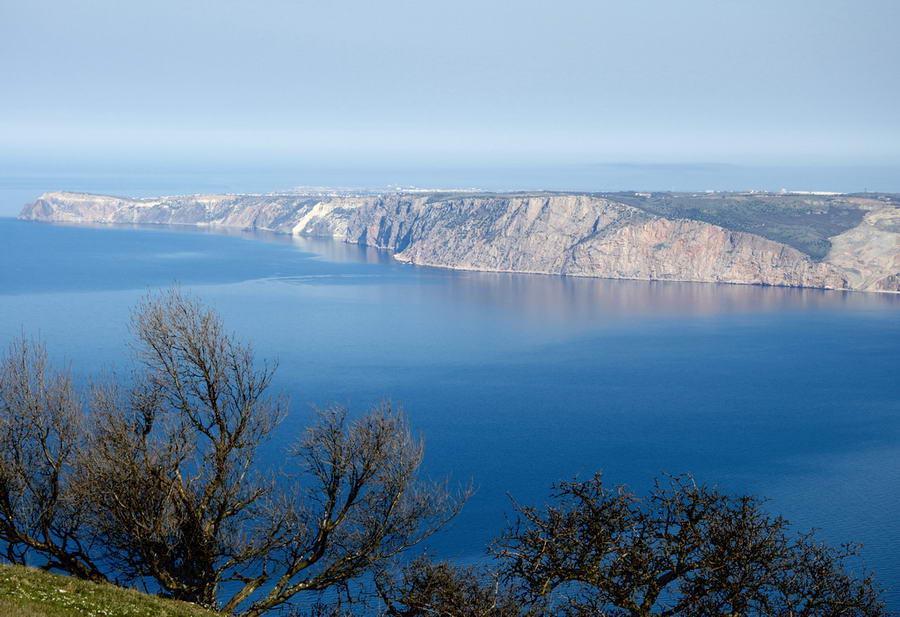 Crimea. When you speak, that had a rest in Crimea, now it does not surprise many and does not delight, because well who did not happen in Crimea - now fashionably abroad! And here when you start to tell about adventures for these(it) 3 days (though for some reason actually you think, that was there much longer), understand, that these(it) 3 days have opened for our small company absolutely another, very grasping(fascinating) and all also fine, novel edge(territory). 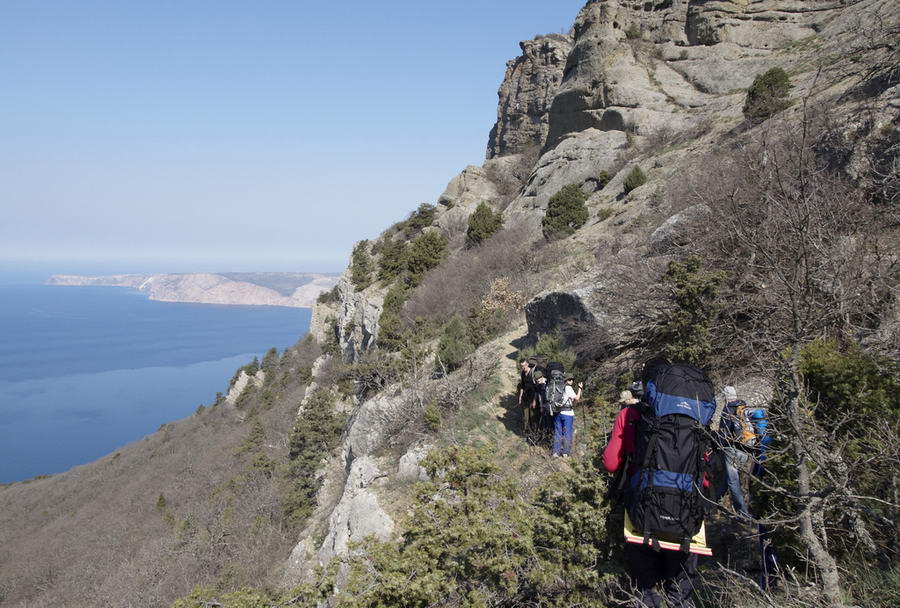 For us now, it is uneasy the sea and mountains, it is everyone chastichka, each moment which so was remembered for the period of a hike(trekking tour). These are backpacks which seem tjazhelennymi in the first day, and on third you any more do not pay to them attention; this feeling « instead of so that all and is complex(difficult) as told » when has passed(has taken place) the first some meters on an equal footpath and « uuh, still a step, and I shall fall » when you start to stamp upwards on hills yes to mountains; it is pride, that you all the same could rise itself on 600 m of cape Ajja and therefrom behold beauty of southern coast; these are interesting stories of the instructor from a life of foresters and tourists; it is the first evening at a fire, tired laughter, hot meal and horror stories about « the black climber »; it is for the first time put tent and starlit nights; twisting tracks, a wood, flowers, pure(clean) air … 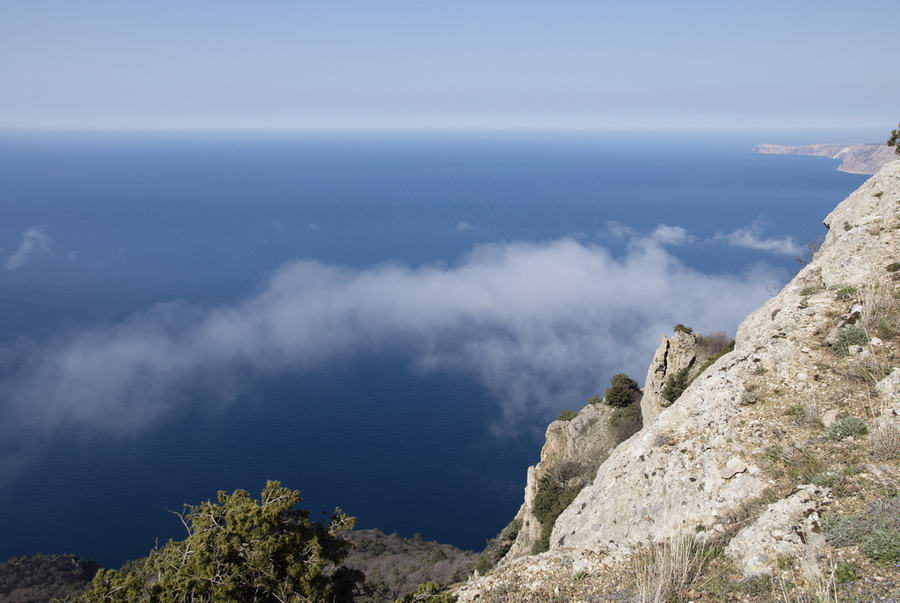 To list(transfer) it is possible long, but already from it(this) for the interlocutor to whom you speak about a trip to Crimea, it becomes interesting also it(he) thirsts details. potomiv it(him) little bit pensive and reflected kind, bathing in memoirs, I distract and I begin the story.

For many in our company (us was 10 person), it was the first experience of a long hike(trekking tour), and fairly to admit, being adhered to to city, and a habit of rest with comfort (hotels, beaches, excursions where bring and bring), we with the husband were neuverenny in, whether and for us such rest. But, having given up as lost it, having tempted with forthcoming beauty of Crimea, and spirit of adventures, we have thrown backpacks on shoulders and have gone on a meeting novel. 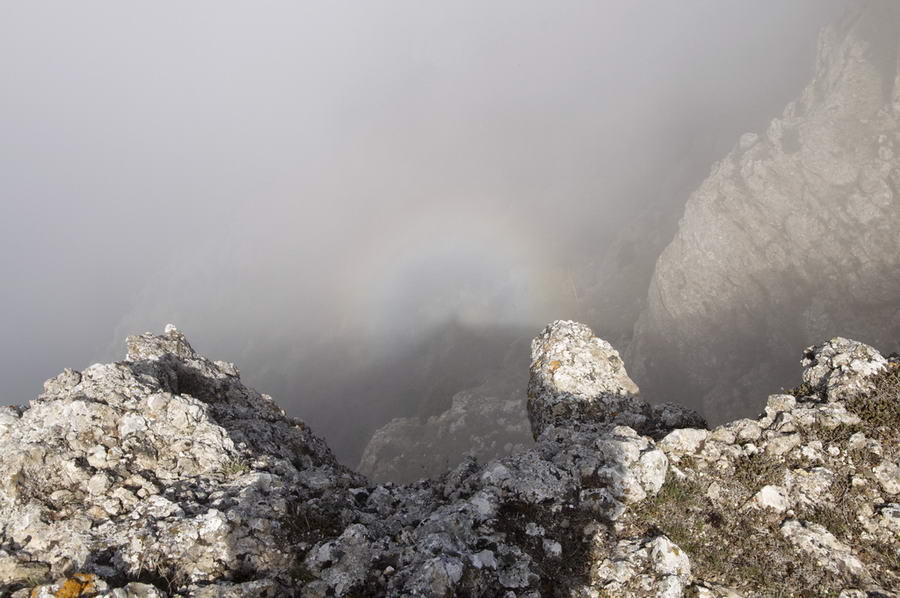 For these(it) 3 days we have gone through, certainly, much, but besides various emotions which were kept in memory is certainly pride of when you go, go, it seems that a little and has passed(has taken place), but when look back to look, the way whence has begun and approximately try to commensurate the passed(taken place) distance - here that and grasps spirit - really I could pass(take place) so much!

The most remember for me was a way on cape Ajja, on a viewing platform of mountain the Large sum-¬бn (600м). Perhaps, because it was the first day of a hike(trekking tour), and on me many impressions have pulled hard, that I could not master them, but as we rose on mountain and what efforts it costed to me from neprivychki to such loadings, however, was not compared to feeling when I stood at top the Large sum-¬бn. It seemed, the weariness as well as was not, I stood, having stood - podomnoj a slice of the world, even clouds were below, inhaled air and it would be desirable to fly up. Even now, thumbing through photos, I experience again these emotions which are complex(difficult) for describing. 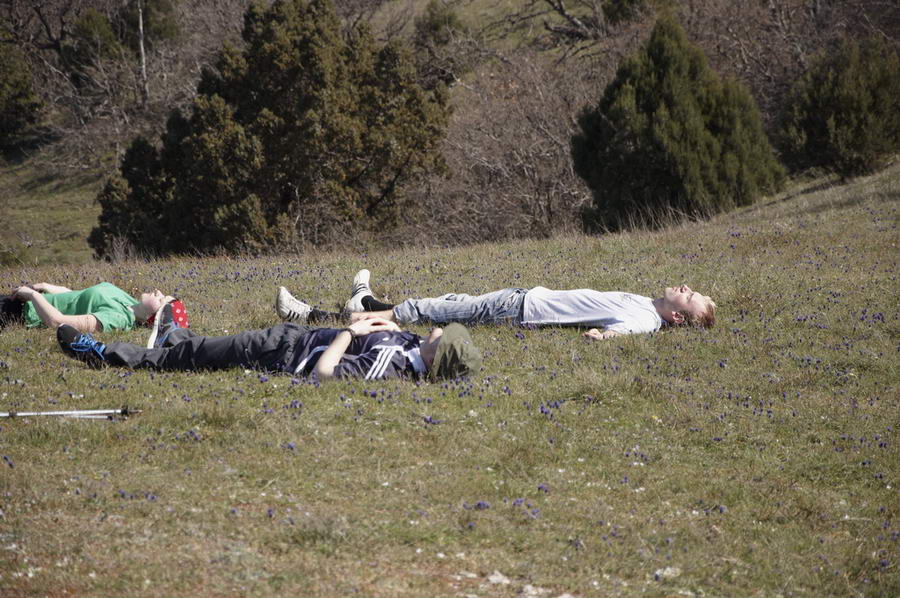 the Route was very interesting - we went on tracks through thrickets of a juniper, stamped on glades, made the way over a wood, and even the way from cape up to the Fig seem very grasping(fascinating) for all - at the left an opening kind on the sea and woods under legs(foots), and on the right the mountains which have hung above us. Clouds were above us, before us - that would be desirable to be pulled and touch a hand, and even around of us - there was a moment when we have come into a cloud - inexpressible sensation, were pleased as children - in fact who did not dream to try(taste) a cloud to the touch =), the small rainbow in a cloud has doubled our pleasures =), even it has turned out to photograph it(her).

And interesting places of our spending the night were pleasant - the first night was on cape in the neighbourhood with ruins of a military complex that gave to a few(a little;little bit) mystery. After romantic provozhanija a decline, we took seat near a fire and shared horror stories - and laid at night and listened to rustles yes to sounds of a wood - sensations invigorated =). 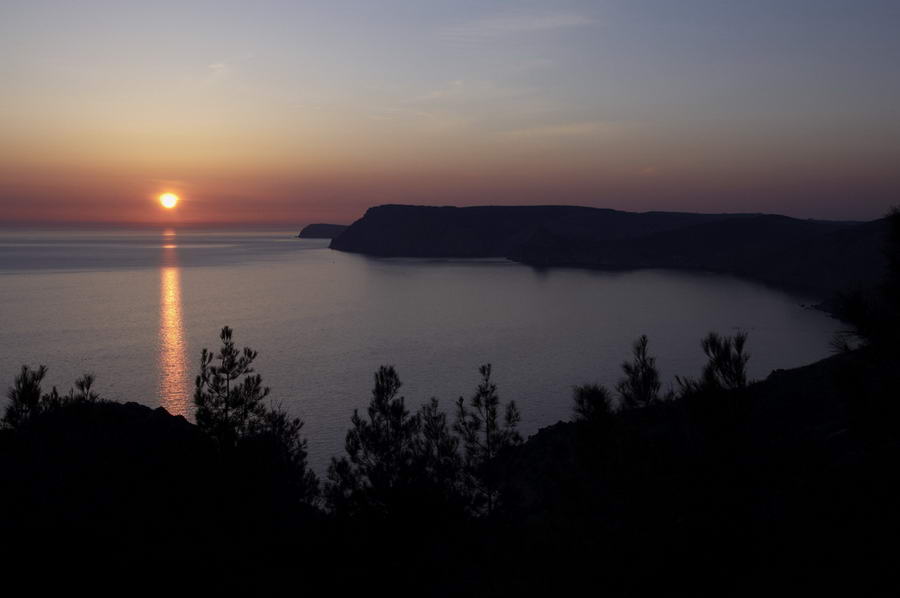 we have lead the Second night on the Fig, on pine poljanke - here there was a fantastic atmosphere - high beautiful pines protected us from a wind, shared pleasant aroma, and opened chudesnejshy a kind on the sea and a decline.

Not less fascinating for us there was a third day - we have visited on mountain with Bochkoj death, have tried(tasted) myself in rock-climbing for the footpath up to Balaklavy was not from lungs, and have taken a walk on most Balaklave (it was amusing to attract attention among having a rest, walking on the quay, one aunt even spoke the small child - look, tourists go =)). 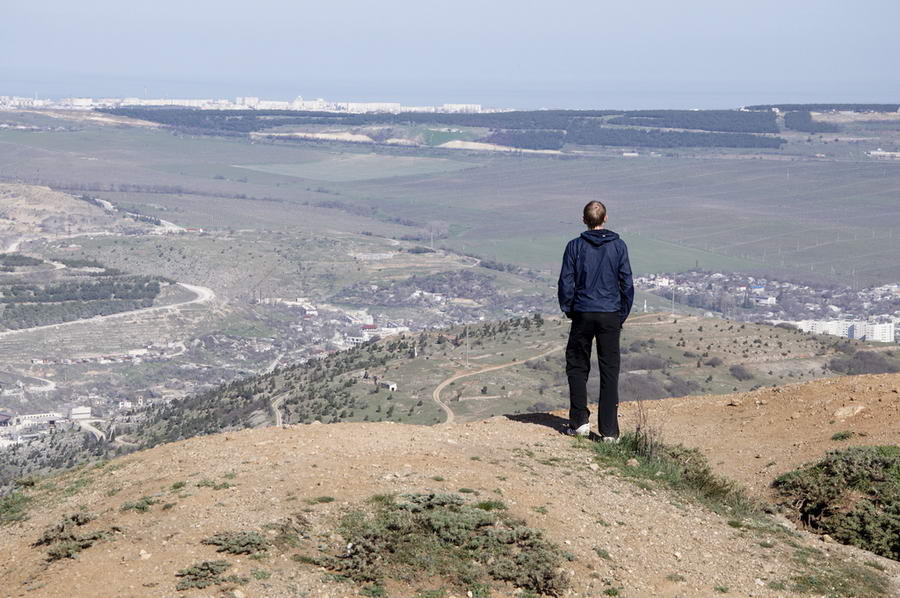 It is necessary to give, certainly, to due our conductor Tarasu - here who suffered(bore) our whims, sometimes discontent and harm during a way, however, the company was good and cheerful, on parking we amused each other - it(he) to us told histories from the lesnichej lives, and we joked and laughed at myself, recollecting last day.

Well, for fans(amateurs) to lie down on a beach, to admire mountains from a balcony of hotel, sitting on an armchair and sipping a soft drink through a tubule, such kind of rest will not seem attractive. It for those who likes to plunge into adventures it is interesting to whom to try(taste) the forces who likes to go - to see a beautiful place and to reach there most who likes taste of meal on a fire, a cool breeze at top of mountain, the star sky which has been not lit by fires of city … however, I have again plunged into memoirs and have taken a great interest. For everyone who wishes to visit the visitor from the mother of the nature forgotten the world - to you here!
+38 097 327-86-98