Written by Василь Лізанець Trip "the highest peaks of Ukraine 4-9 July 2010. Ever wanted to spend your vacation special, not passively lying on the beach and sipping cocktails, and actively, with some taste of adrenalin. The main reason is just desire, namely the Carpathians, and not least, working in the office all day in front of a computer and a desire to simply active movement. Wanted - and did. 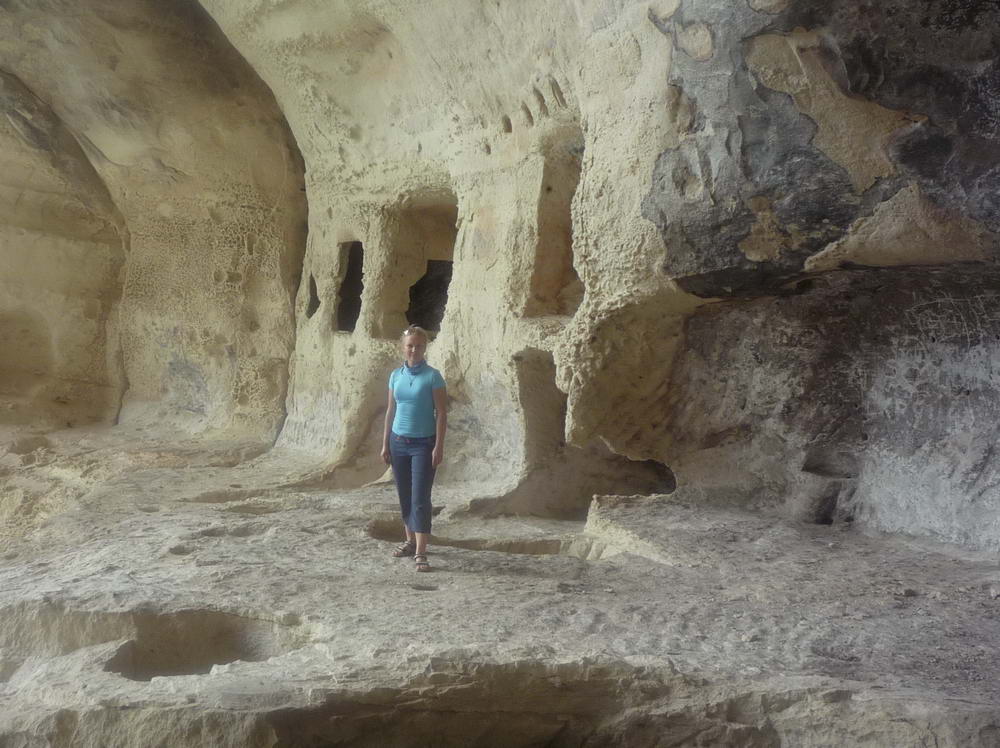 the Report on foot tour on cave cities, monasteries of Crimea 6 - on June, 11th 2010.
In general, we have decided to go somehow to a campaign (I and my husband Eugene). I.e. I have solved, and the husband has made over itself heroic effort and with words: «Well it is fine, well», - has started to prepare, so to say morally.

It is necessary to give to it due, it the person thorough, therefore though it was our first campaign, clothes, the equipment, all it was as much as possible easy and practical. Thanks big, favourite! And also many thanks, to Cyril, for well stated and clear councils for beginners (anything superfluous did not take).

Now about a campaign. Prepared for the worst. Eugene - because it the person not sports. And I - because was going to drag in advance 15 kg uphill and to listen to compliments in the address apropos «well why to you is not sat at home?!». Has managed :)

When it is not enough words 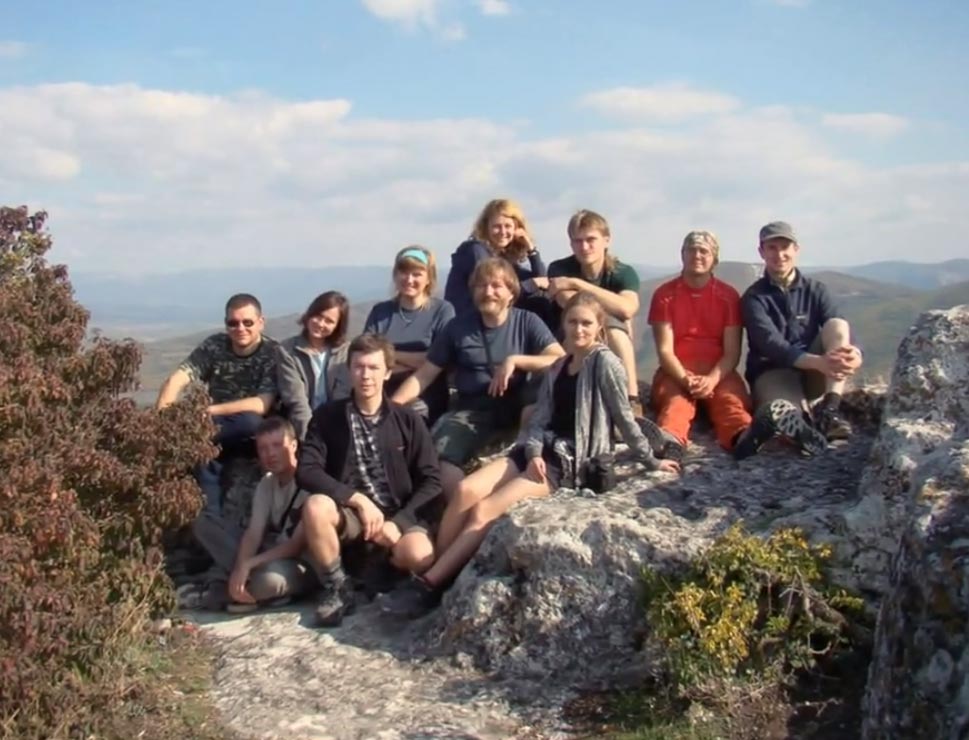 The photoreport (slide show) on a hiking tour "On Cave cities of Crimea" on October, 4-9th, 2009.
Yes-yes, in October we too go to campaigns. I publish this report at the height of summer when across Crimea in search of a bar with the big TV (there is a World championship) crowds having a rest wander, exhausted with a heat and salivation (an ubiquitous smell of shish kebabs will wake appetite even at dead). That it was more amusing to me to look at photos where people in trousers and jackets go on bright red wood. The autumn seems far and unreal. Well, September still can to try be imagined, but October...

Have not missed chance 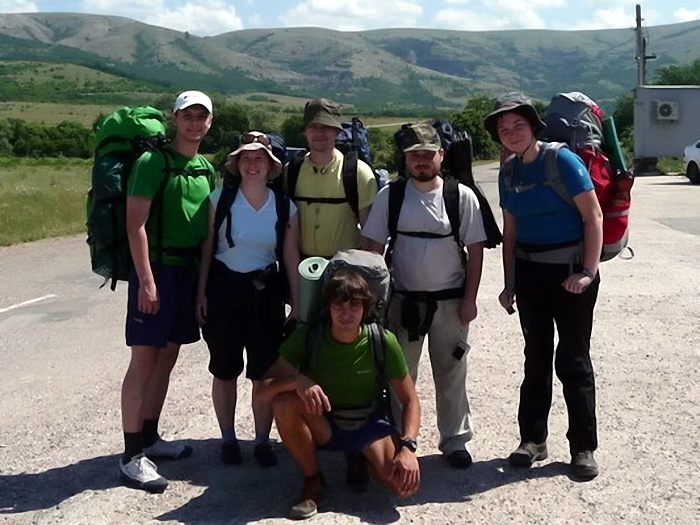 Where there has gone "Orient Express" on June, 20th 2010?
Rest is always spent actively, not the first year is stared at mountains, caves, the falls, the destroyed walls and others vkusnosti and interesnosti Crimea. Set of times left in radialki (with mountain guides or) did not miss chance to go on fascinating excursions. It is possible to tell that to the first campaign lasting many days have come an evolutionary way. This campaign across east Crimea will be remembered for ever - unforgettable sensations from the process and interesting trifles continually!

It was not sat at home 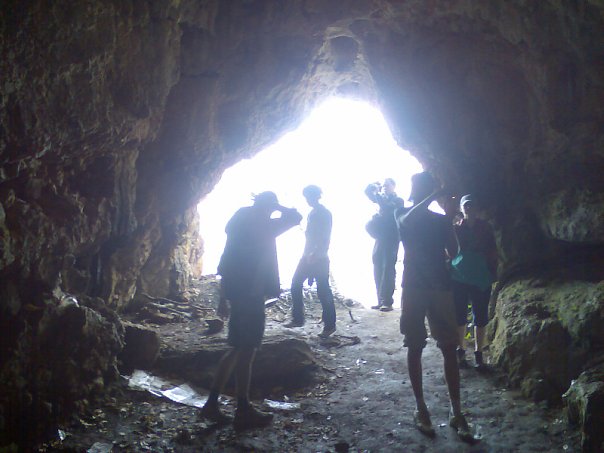 About that as I went for kudykiny mountains or Demerdzhi round on May, 8-10th, 2010
Why I have gone to mountains? Goodness knows))) it was not sat at home. Having seen at station the group and Sashu (our conductor) one thought - stremnoe this business and a backpack and a campaign and in general … was at the tip of the tongue only But all has appeared not so is sad as it was supposed ;)
Having reached by a trolley bus to Angarsk pass, we bodrjachkom have walked at once in mountains. Wood has unexpectedly surprised with greens and variety of colours. For some reason still it was expected to see grey trees and … grey trees - as only the beginning of May and so on, but is not present - the greens were around dismissed and pleased in the spring

Six bicyclists and one sun 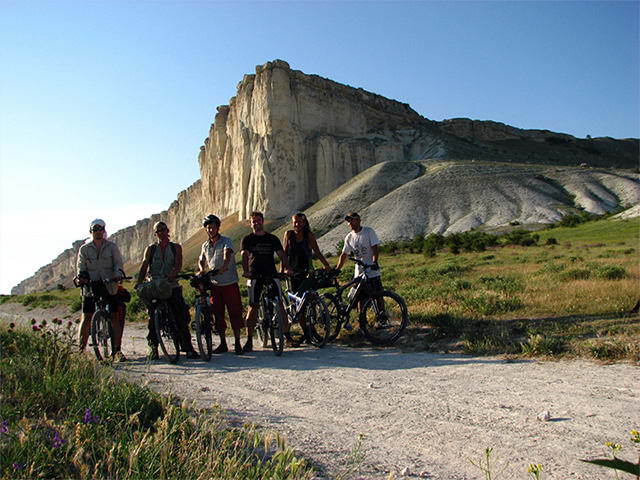 the Report on a cycling trip across East Crimea on June, 13-17th, 2010 (a route "Cycling-satori")
We go practically "on an azimuth", constant lifting. Ahead - only hills Scythian barrows with vygryzennymi "black archeologists" the middle. Behind barrows lifting comes to an end. With each metre of a way because of horizon start to come up tops jajl, and road - as if to pull forward the promise something unusual. South country Ak-Kai it is valid a fairy tale! Sensation that you stand on border of the forgotten world. Behind the back - steppe and silence of ancient barrows, and below - small houses, peach gardens, a web of roads and a twisting channel of Bijuk-Karasu. From an euphoria condition can deduce only necessity to move further - through the Failure (descent not so is combined as the White rock and already asphalt on Belogorsk can seem) in village. 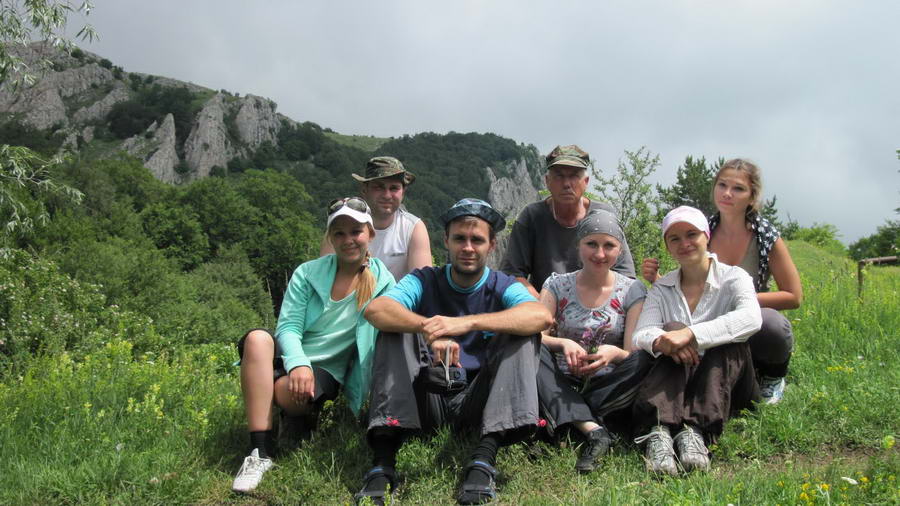 a Trekking tour on a route "Round Demerdzhi" for the Constitution day of Ukraine (June 2010).
Trekking tour - a rare place where it is possible to feel the person ©
I will tell at once, do not go to campaigns because it tightens. It as "drug" :) Having tried time then you can not will stop. I would like to get to Crimea in the summer and to see the wild nature in the distance from a civilisation and many-storeyed panel houses. I long could not will dare, will ask for leave from work, to get tickets etc. But have dared and there is nothing I am not sorry.

Improbable adventure of our family 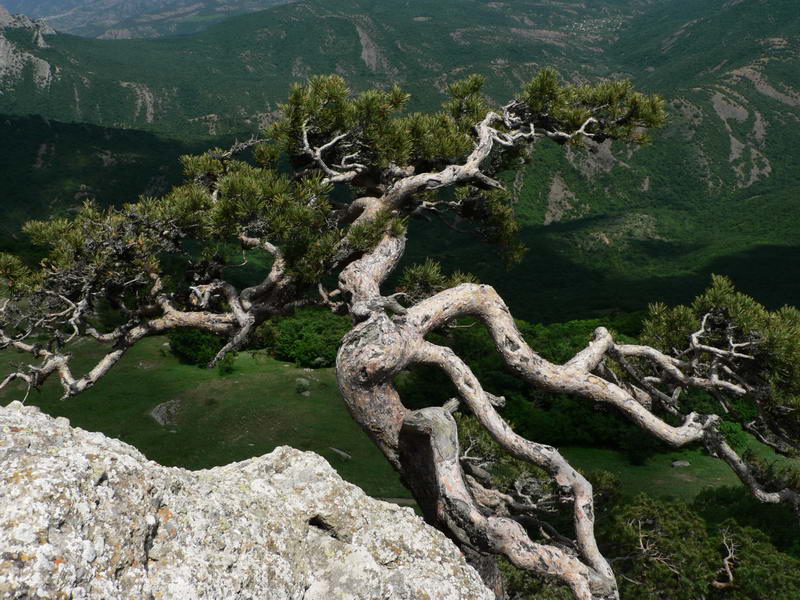 About a family campaign on "to Water and Stones" 6/6/2010
So, has passed(taken place) only two weeks as the improbable adventure of our family under the name «WATER and STONES» has ended. And we still do not stop till now to consider(examine) the photos brought of a campaign, and also a photo of our friends which they send by e-mail. And at night in the sleep still we go on mountains, we go down in caves, we sit near a fire.