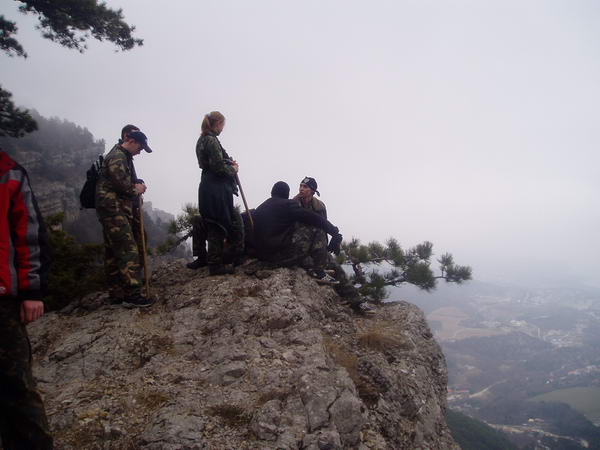 Next our seminar walk initially reflected as a superascention on Ah Petri. I gathered for one light day (from 6 mornings till 6 evenings) with group of 20 person to pass(take place) from the Glade of fairy tales up to a falls Wuchang-су to rise on a plateau on Taraktashskoj to a track, to reach up to kanatnoj roads and to leave on it(her) downwards. Quite a practicable plan, but not for us... First to leave so early we could not - in 6 morning training, and then a breakfast. Total, start not earlier than 10. Secondly the snow and barrels strong enough wind above laid. The greater(big) part of group was obuta in gym shoes and possessed the extremely "muffled" wardrobe. Well and the most important - to make such feat, is necessary to want it(this) very much. I in our numbers(lines) have not noticed such enthusiasm and have decided to cut down the program of travel before modest walk on Botkinskoj to a track. Also has correctly made. Clouds this day zavisli at height about 650 meters and, having risen above this level, except for white mareva we would not see anything. We have begun the way from " the Glade of fairy tales ". From here it was visible stavri-¬án - the highest point of our route. The cross at top of this mountain has been swept hardly up(has been hardly appreciable) even on a white background of clouds. Children(guys) of times ten have asked again me, whether really we are going to climb up THERE. Even less trust has caused the application(statement), that we shall make it all for two hours. And when I have set rate (the favourite turtle step), people seems finally has lost hope to come home by the night. 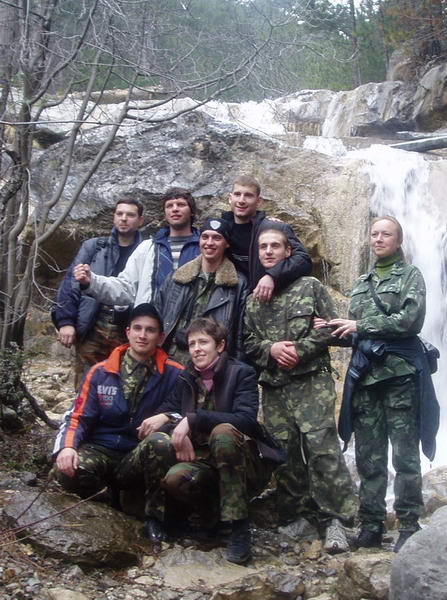 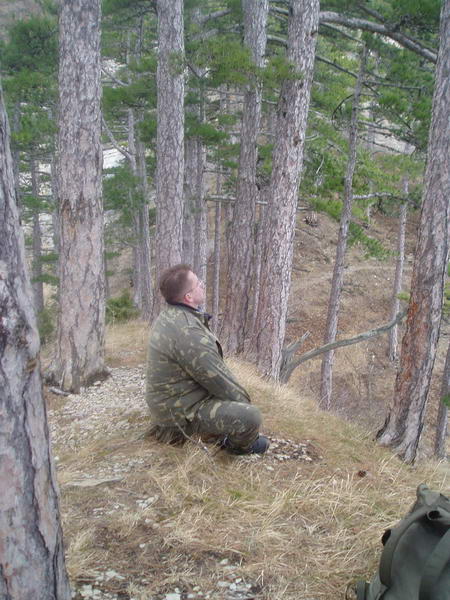 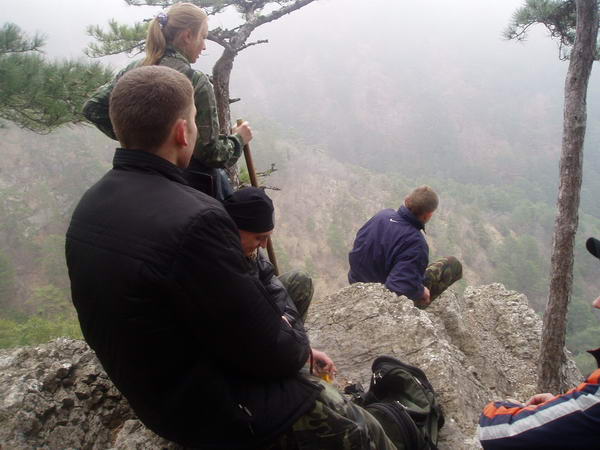 To lift fighting spirit and to distract from any bad ideas I has thought to group "danetku". Though in its(her) solving actively participated all some(a little bit) person, nevertheless it has recovered our company and has a little calmed my conscience. Rise on stavri-¬án on Botkinskoj to a track is really a little monotonous. It is very smooth and "dense" streamer among pines. But after we have climbed up upward group has noticeably quickened. To go it became easier and more interesting. Hanging stone eaves and traces from the recent collapses(landslides), the streams which have formed in the most unexpected places which so does not suffice here in the summer, - all this did not frighten, and on the contrary involved and invigorated. One of us up to that has cheered up, that has got to bathe in one of novoobrazovavshihsja "spring" falls. 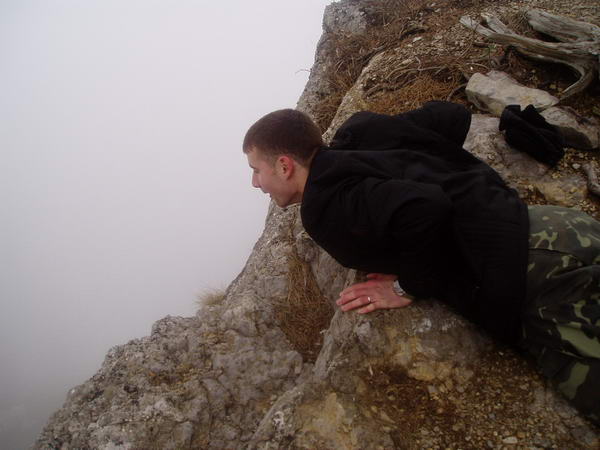 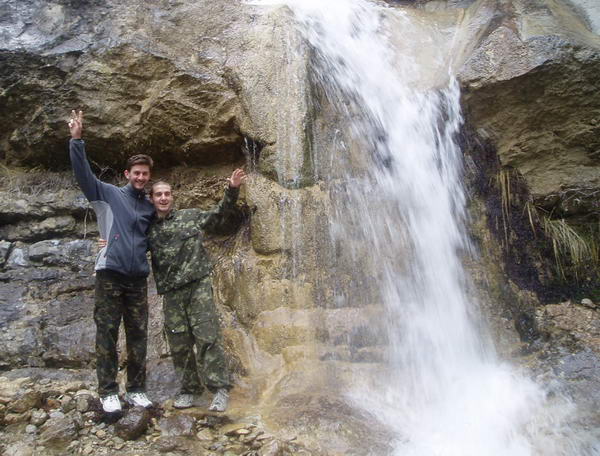 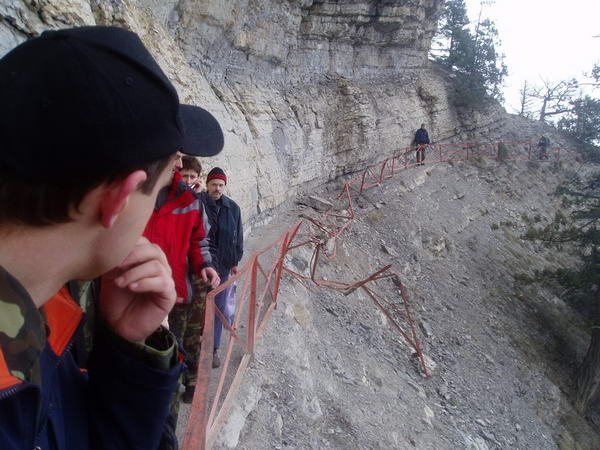 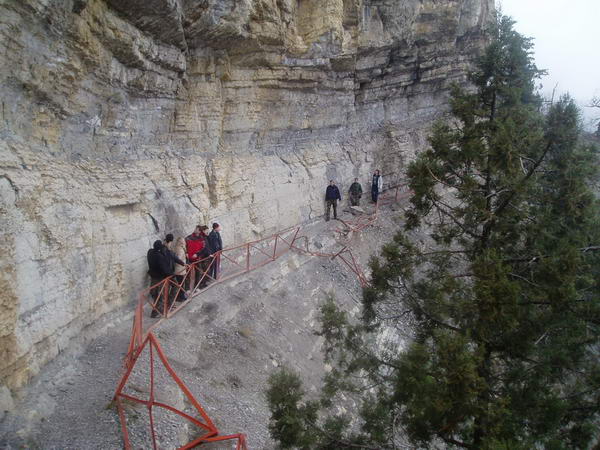 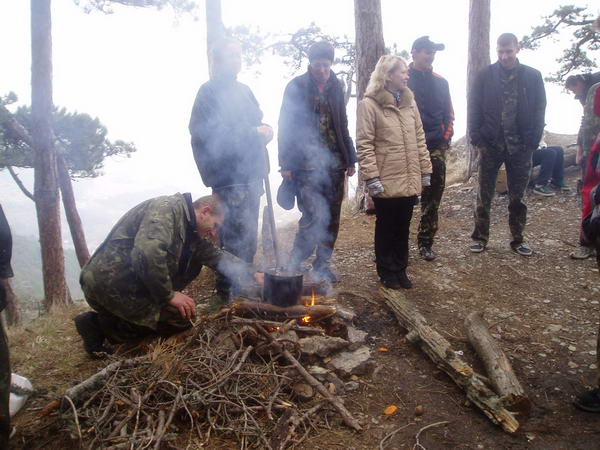 Then there was a dinner on a rock that towers above Wuchang Su, tea with a smell of a smoke and a close circle at a fire.

To go back have solved on asphalt (a streamer the leader from Yalta on the Ai Petri). On road have curtailed(turned) to a falls Wuchang Su - it wanted to see as it(he) it is looked from below. It is necessary to tell, that the falls this time has appeared simply magnificent. If in the summer Wuchang Su is only wet poteki on a rock now, in March, it(he) was full of forces and really bewitched. 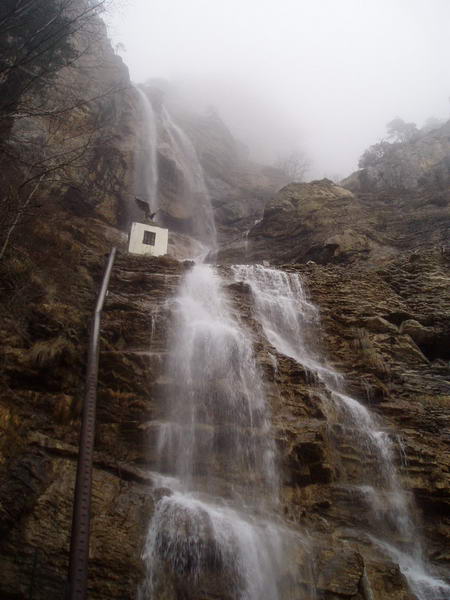 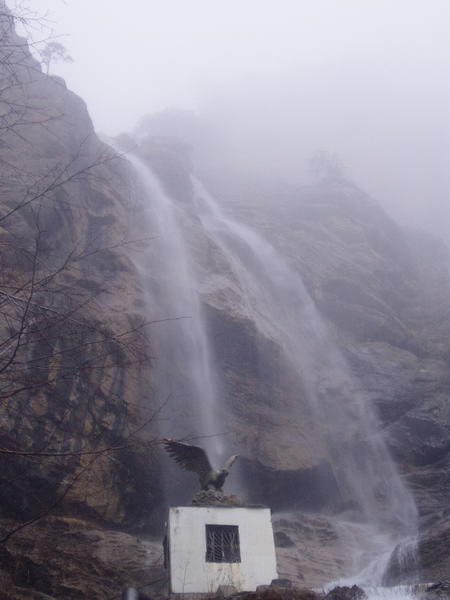 On highway to Yalta I to describe further our descent(release) shall not begin. Asphalt it(he) and in Africa asphalt. Legs(foots) hoot, and language scratches. That is we communicated.
+38 097 327-86-98