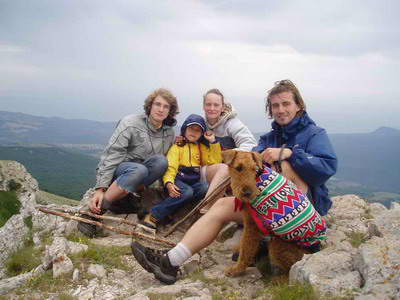 In hikes with children I already went and before, and here the dog participated in our action for the first time. rusja - young and terribly thoroughbred erdelterersha has essentially recovered our hike. All the day it{she} ransacked around of group, dragging for herself on vodka the tired mistress. And at night rusja peacefully and not so slept on my sleeping bag. I seem too slept, but it vrjadli. Rusina the mistress - Inna had fun on the . In the first put it{she} has rubred legs{foots} and the further movement were given to it{her} hardly. Nevertheless it{she} kept simply heroically and went smiling through tears. The native land has not forgotten its{her} feat and in the award has given to it{her} the horsy for rise on Southern Dimerdzhi. 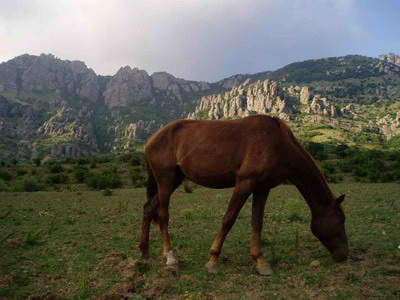 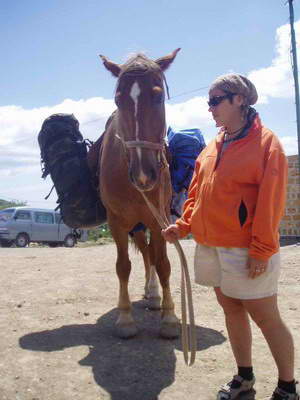 The dog on a horse could not go and has gone with us on absolutely other track. Understand, it was necessary to show uncommon imagination to force not so obedient dog to go in the necessary direction. 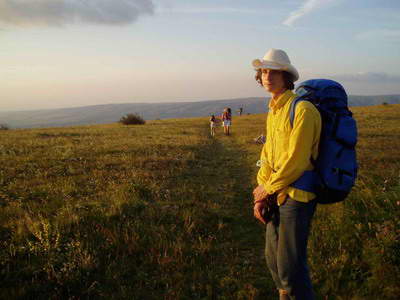 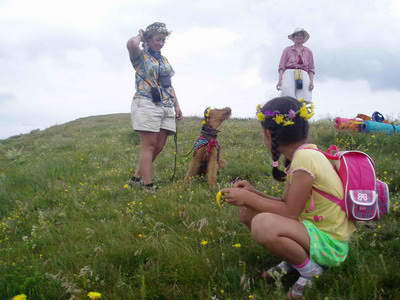 Unlike a dog the child - seven-year Margo went independently and easily. Its{her} cheerful bantiki and a doll in pink rjukzachke promoted excellent{different} mood. And what to make mood even more raised I has decided to pass{take place} a non-standard route - through top Northern Dimerdzhi. Inna, and I for a long time dreamed to visit on this mountain at last to solve its{her} secret rozhek. 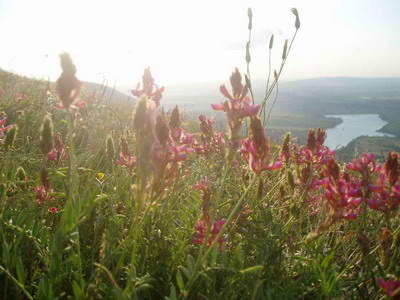 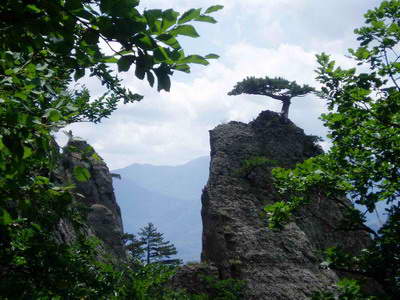 For those who not in a rate I explain - with CHatyrdaga it is visible, that at top Northern Dimerdzhi any artful horned design is established{installed}. On closer examination it{she} has appeared... A basketball platform. Zravyj the sense has thought a little and has told that it absurdly. Two metal boards on support probably are kakojto reflecting system for transfer of a radio signal through mountains. In general in the Crimean mountains the inconceivable quantity{amount} mysterious zhelezjak and other neopoznannyh objects is scattered. 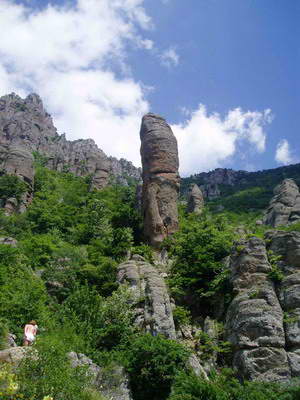 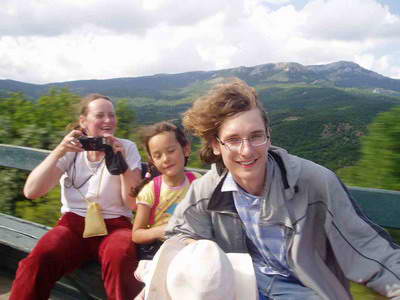 Still it would be desirable to note, that the world kind people yet were not translated{transferred}. When we went down from a falls to poberzhju, the lorry passing past has stopped also the driver has suggested to throw FREE OF CHARGE up to the sea! Huge to it{him} thanks. 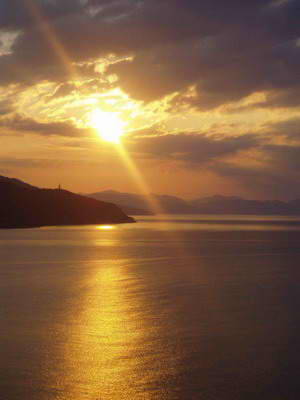 We spent the night on seacoast, and in the morning I have woken up in the half-fifth and have not regretted. I managed to photograph improbably beautiful dawn, to observe dolphins and to climb up a small rock.
+38 097 327-86-98