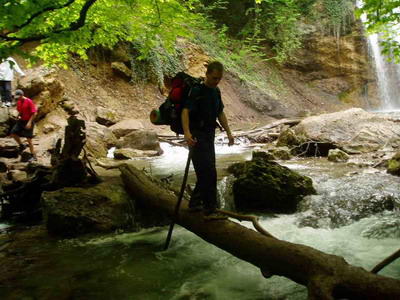 This time on a route " Water and stones " has gone group of 12 person. 9 from them, that is from us - the cheerful company of muscovites. They have got acquainted with us because of art. I immodestly name art the photos. One of muscovites - Renat, has seen my photos of mountains on one of photosites and zahodel to see all this personally. Such here miracle we have gathered in Crimea. Were going and have begun to go there-here. Have come into Red caves. Caves - the piece interesting, but was even more interesting a rivulet before them. We forced it{her} 3 times (I spoke - there-here ran). To me even has had the luck to wear{defame} through the river on the back a couple of tourists with backpacks. In the same place we have closely got acquainted with one of the Crimean Places of force and its{his} cheerful visitors. On slope Dolgorukovskoj jajly in a dense grass figures combined of razmalevanyh stones, something like shamanskih stone gardens are scattered. Every morning pomeditirovat children{guys} from the next settlement there come. So if to whom it is interesting - I can spend. As it is completely not complex{difficult} - to the necessary slope the wonderful{strange} road with vital inscriptions directly on asphalt conducts. 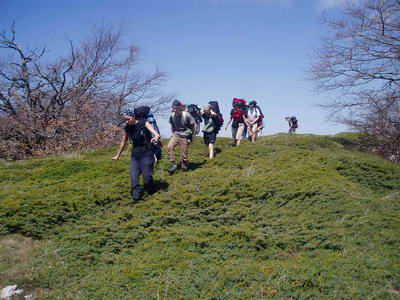 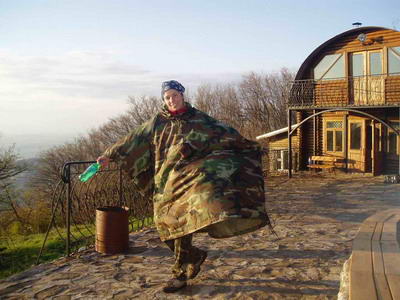 Next day weather has told "fe" and the rain has gone. It certainly has not stopped us also we have heroically climbed up the bottom plateau of the Chatir-Dag. There we were met with a spring snowfall and hospitably spent on base of cave explorers that we could dry shtanishki and soplivchiki.
In general when again there was a sun, all diko were delighted and have fallen asleep.
Clear business, that between "were delighted" and "have fallen asleep" has passed{has taken place} a few{a little;little bit} time for which we had time to descend{go} in the Marble cave and the Emin-Bair-Hosar. 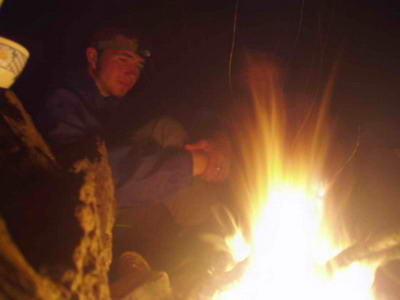 The sun shone and next day and we have run on the Э¬Ѕїєї-breaker. Going down therefrom aside Angarsk pass I for the first time have got acquainted with wandering lake Kutuzovskim. Actually the lake anywhere especially does not wander (simply from time to time dries up under a zero). And here tourists in searches of this lake reel up inconceivable quantity{amount} of kilometers, it is literally in three pines. From a slope the lake is well visible, but as soon as fall to a wood a reference point is lost, and footpaths run up in the different parties{sides} violent herds. 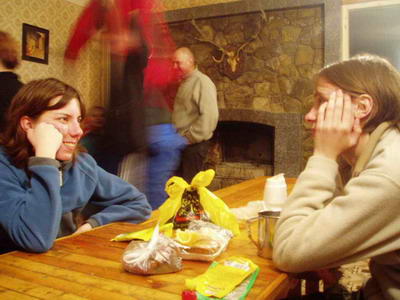 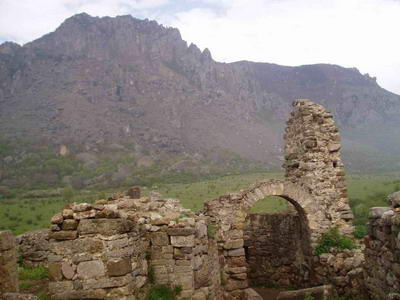 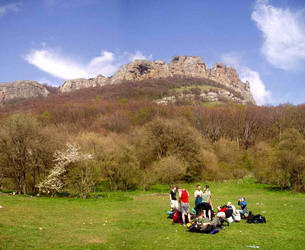 Following interesting place on our way was glade MAN. There we for the first time have met ticks, huge and slow, as slonopotam. We met them and then, but only one person - I thank God has been bitten. Since then I became the present{true} loony - I splash a saliva, I sparkle eyes and I howl on the moon. Probably it were ticks-оборотни. 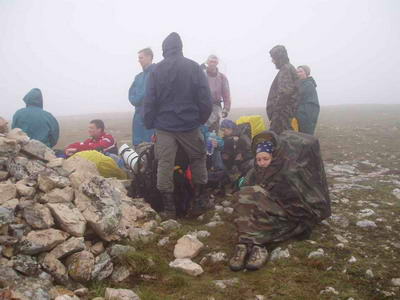 Next our adventure became returning from a radial output{exit} in the Valley of ghosts. It has been decided to investigate{research} a way new to us around Demerdzhi from the south. All went under the plan, we quickly moved ahead to camp, however is suddenly dear{expensive} sharply obrvalas. On searches of a track cunningly about an hour, and for this time has darkened. As a result we have returned to camp only in 10 evenings, after two hours of a way per full darkness. Since then I always take with myself a small lamp, even when I leave on minutochku in next kustiki in the early morning - who knows when and whence will have to come back. 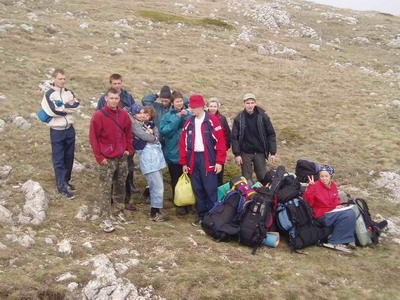 In May in Crimea it is still damp enough; a dirt and pools meet in everyone shady lesochke. Experience of fermentation{unrest} on a dirt has shown, that upiranie in the ground additional points of a support rescues{saves} from bathing in paws. Personally I as support used trekkingovye a stick (the same ski a stick, only it it is possible to adjust{regulate} length). The others have got wooden props. Cheerful the company has turned out.