A small but quite interesting fortress. Since it stands almost at the mouth of the river by the sea, the presumably purpose was to protect the entrance to the river and the customs post. 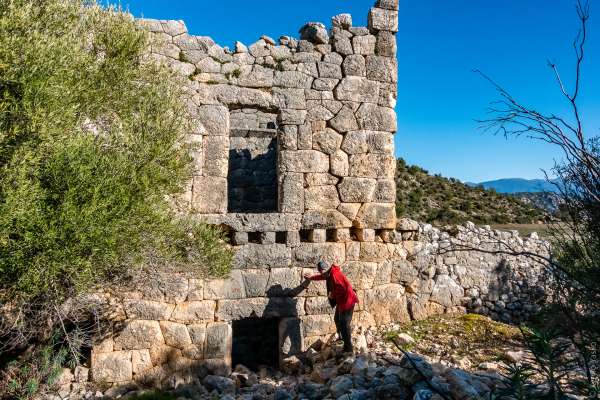 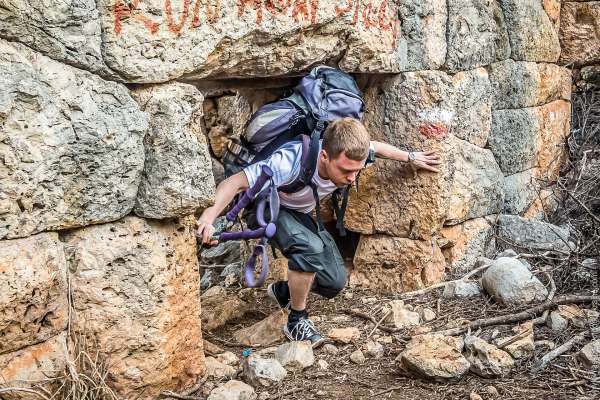 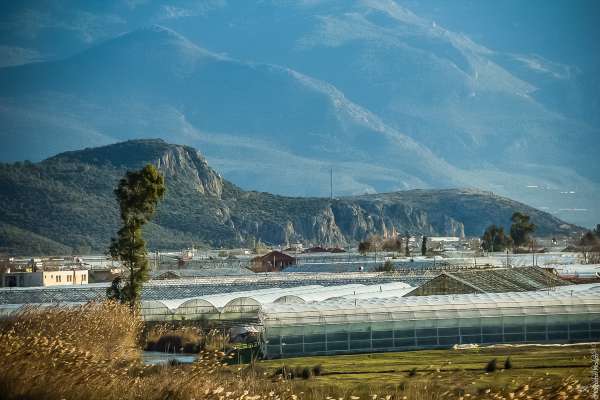 What we are looking at: first of all, the walls, polygonal masonry, plus almost the entire perimeter of the wall has been preserved. Towers, about seven, some still several stories high. On the reverse side of the wall, in many places, the upper tier, on which the soldiers were located, and the lifting stone stairs to this tier have been preserved. By the way, getting inside is obtained by crawling through the former gate. 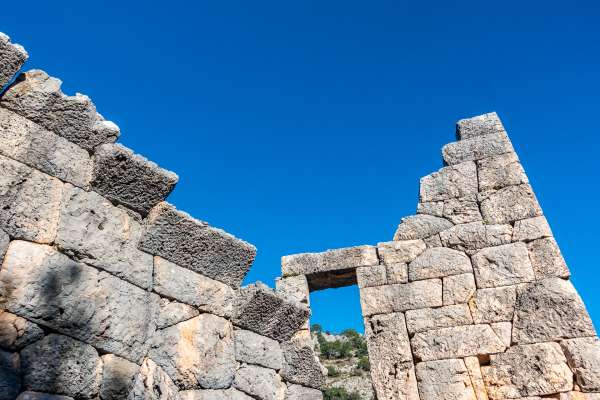 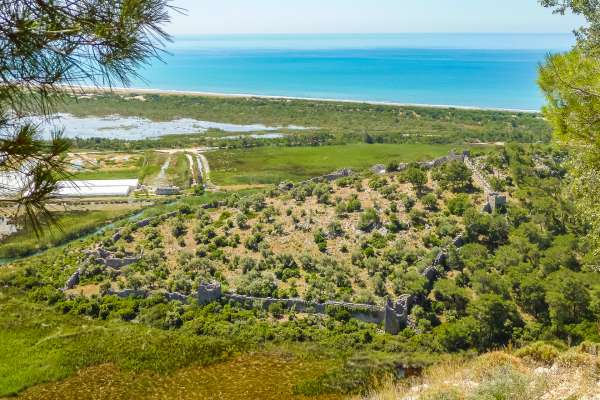 Admission is free, which is good. But now there is no gate passage, it was laid by the modern method with a solution. Apparently, recently the territory has been used as a place for cattle, and this is a minus. Well, one more attraction inside is the remains of a Christian church in the eastern part. By the way, next to the fortress was the city of the same name, possibly a port. Also part of the Lycian Union! Where is it or how to find Pydnee

Pidnee is located on the right bank of the river with the modern name Kara-Dere. It is near the mouth, in the northwestern part of Patara Beach.

If you get by transport, then from Fethiye there is a dolmush to the village of Kara-Dere. Go to the final stop of the minibus. As soon as we left, you can see the fortress on the right in the direction of travel. But you should not go straight, you will run into the river. It is necessary to go a little forward in the direction of travel, towards the sea, after 700 meters there will be a Green Park Patara campsite straight ahead, and on the right there is a footbridge across the river. Cross the river and follow the markings of the Lycian Way back to the Fortress.

On foot. The most convenient way along the Lycian Way, the section between Gvuragili in the west and Kara-Dere-Xanthos. 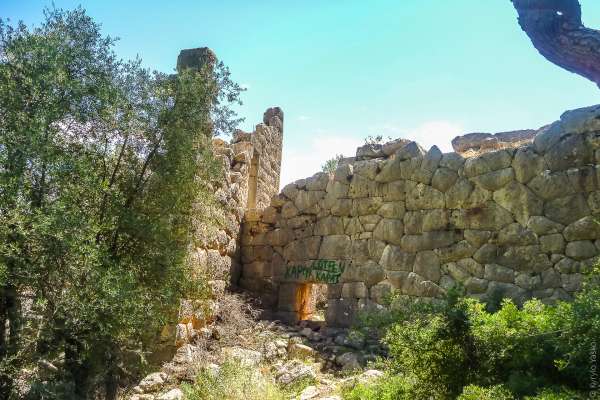