An undeservedly forgotten pearl of the Lycian coast. Aperlai is an ancient city located in the bay of the same name, on the coast of Turkey between the cities of Kas and Demre. Archaeologists believe that the city reached its dawn due to the fact that there was a center for the extraction of mother-of-pearl shells of mollusks and the production of a special paint - royal purple. In the ancient world, this dye had a special status (not everyone had the right to use it) and a very special price tag.

Therefore, it is not surprising that Aperlai was a large and rich city. However, he did not have much weight in the council (parliament) of the union of the Lycian cities, and could cast only one vote, while smaller cities had two and three votes ... 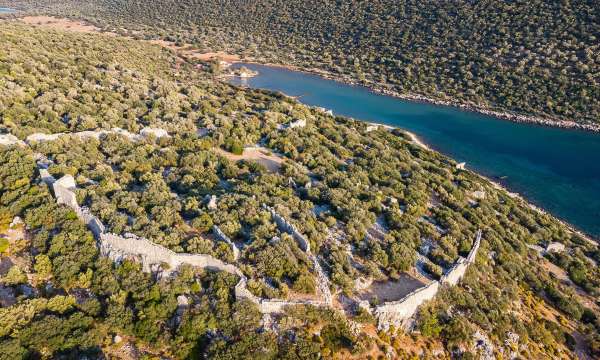 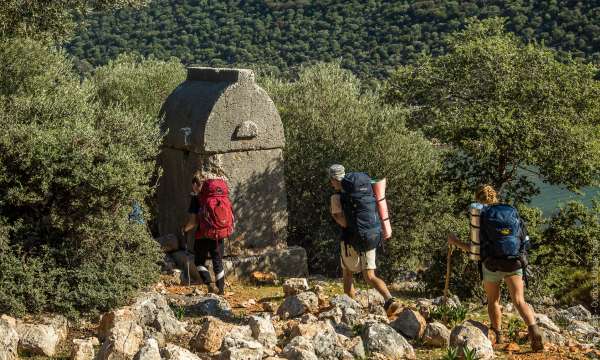 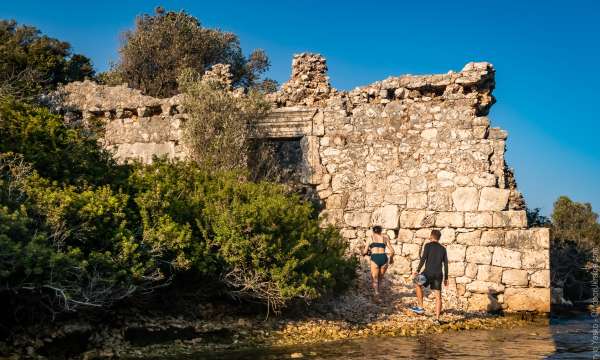 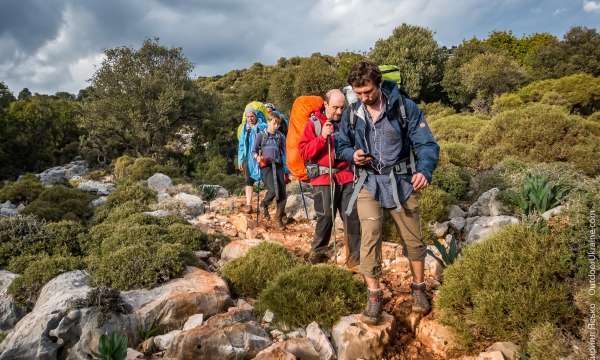 What to do and what to see

Aperlai is a monument of archeology and it is open to the public for free! Huge, especially in comparison with neighboring cities, such as Simena or Apolonia, the territory on which there are fairly well-preserved defensive walls, the ruins of temples, outbuildings, houses, terraces, streets, water tanks, and of course Lycian sarcophagi. One of which, just like in Simena, stands in the water of the bay.

A large amount of uplifted material is found on the territory: fragments of tiles, ceramics, amphoras, etc. Part of the city also went under water as a result of the earthquake, streets and walls are clearly visible at the bottom. It is also important that you can swim and snorkel in the waters of the bay, which cannot be done in other places, for example, in Kekova and Semyon. 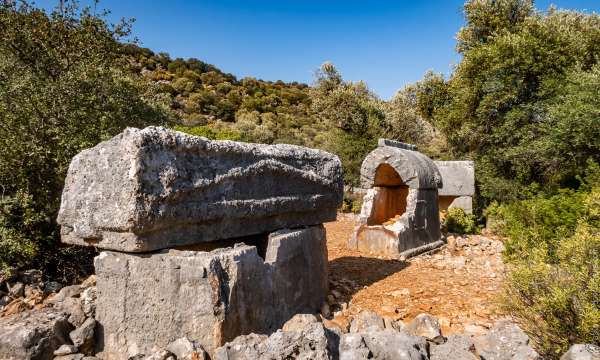 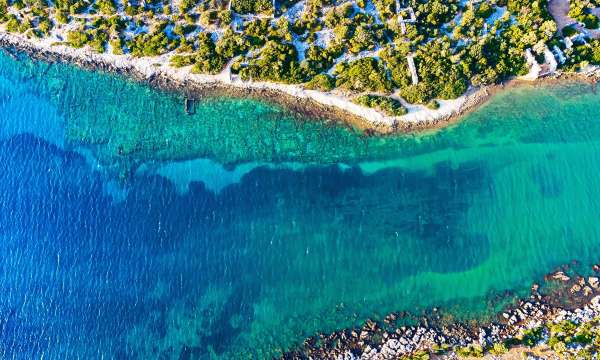 How to get there

It should be noted right away that there are no roads, even dirt roads, to this city ... Therefore, there are only two options for how to get there. On foot and by sea.

Walking is easy enough as there is Lycian trail running through the town. First you need to get to the nearest villages, from the north it is Bogazdzhik, or Kilichli. And from the east Uchagiz. In both cases, from the villages, you need to move along the markings. In Uchagiz, it can be found right in the village, and then through the pass past the hill, on which another ancient Lycian city of Apolonia is located, go down to Aperlari. In time it will take 3-4 hours. From Uchagiz you can start directly from the center of the village, along the sea and from the western outskirts further along the Lycian Way. This path is longer, but the elevation changes are smaller, and in principle you can walk in half a day.

By sea. You can come by sea directly to the bay where the city is located. This option is not quite as simple as we would like. “Regular” sea excursions are not made here, so it will be necessary to negotiate with the captain separately. In addition, there are no normal piers in Aperlari, but only one small stone pier. And the depths near it are not great. Therefore, relatively large boats will not come to the shore, and landing on the shore will be a kind of "show", with a landing directly at sea. 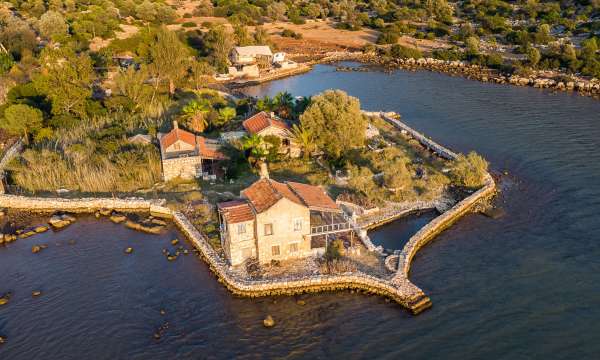 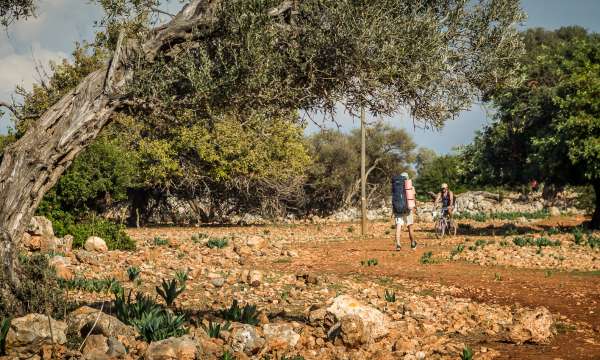 Where to stay and eat

There are more or less comfortable hotels in the villages of Uchagiz and Bogazchik. Directly near the ruins of the city, on its southeastern outskirts, there is a small campsite called "Purple House". On the territory there are bungalows and places for tents, you can drink coffee, buy water, drinks. The prices are really steep.

From this campsite to the east, on the shore of a neighboring bay, and at a distance of about 1.2 km there is a not bad restaurant and also with the possibility of accommodation. There is a normal pier in this place. Here just one more option is possible how to get to the object, it can be called "combined". On a boat rented in the village of Uchagiz, you can walk to a restaurant. From there, Purple House Camping is about 1.2 km away. flat path-road. And finally, after passing the camping you are on the territory of Aperlari. Back the same way, not forgetting to have a bite to eat in a restaurant.