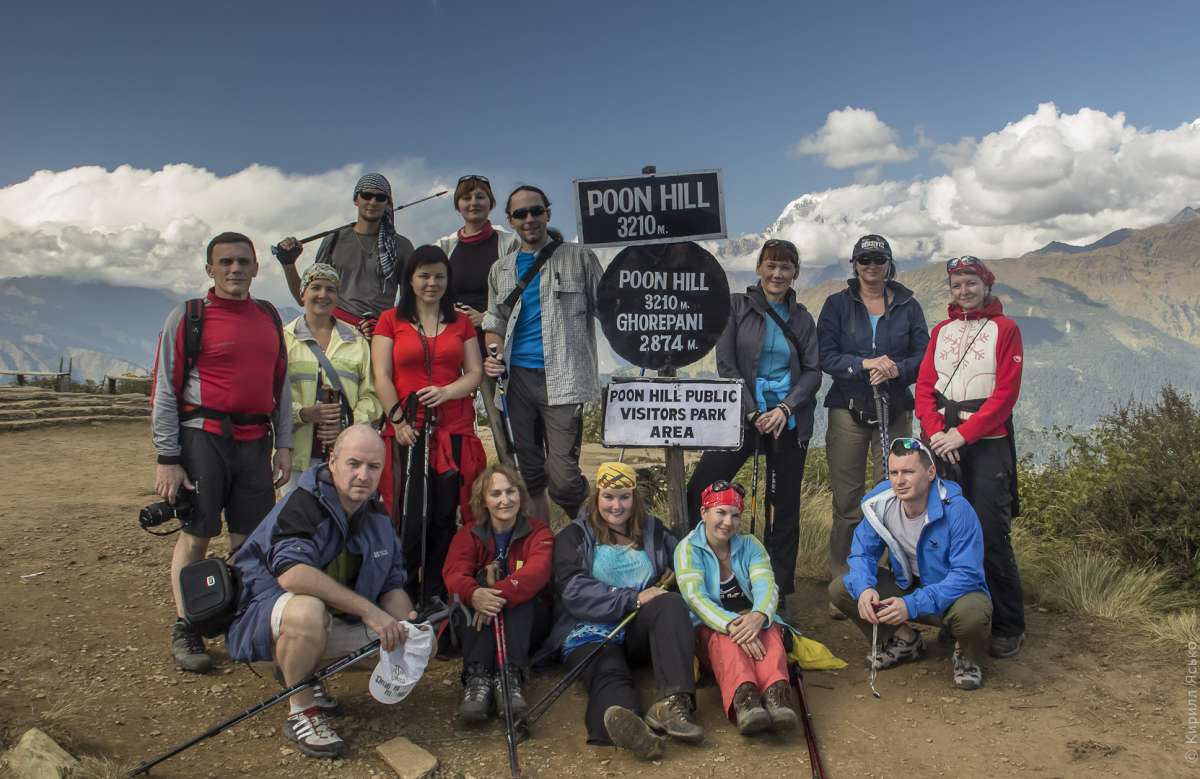 Pun hill is a very popular hill 3100 meters in the Nepalese Himalayas near the village of Ghorepani. Pun hill is a great observation deck, which offers views of the mountain ranges of dhaulagiri and Annapurna.

Actually there's a lot exactly the same hills with mountain views. But Pun-hill lucky enough to find yourself at the junction of two popular trekking routes ("Ring of Annapurna and To Annapurna base camp") and thus also to gain popularity. Of course the fork is not at the top of the hill, and much lower in the saddle home to the village of Ghorepani. 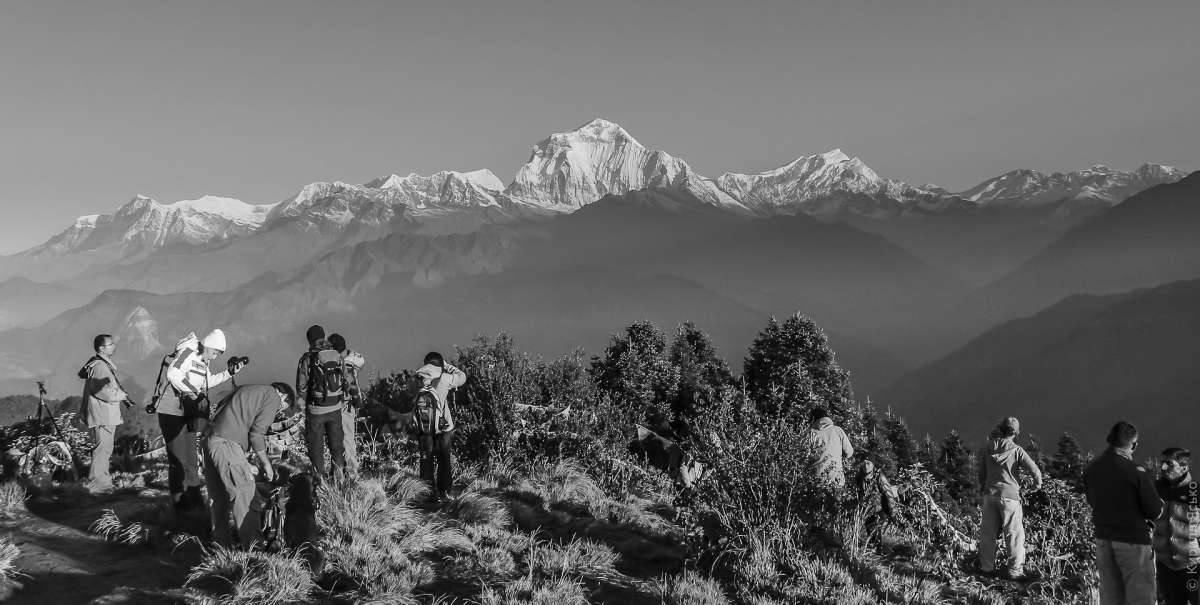 Most tourists coming to Pun hill, we stop for the night in Gorepani and go up the hill to the left. And do it early in the morning - starting from the village before dawn to see the sunrise on the summit (it takes just over an hour). This action is considered a mandatory part of the program every tourist passing through Gorepani. And tourists here a lot because every morning on the trail to the top to form a continuous string of lovers dawns. Dawn here and actually the correct time for contemplation, as later the mountains start to be drawn by clouds and by the afternoon do not see anything. 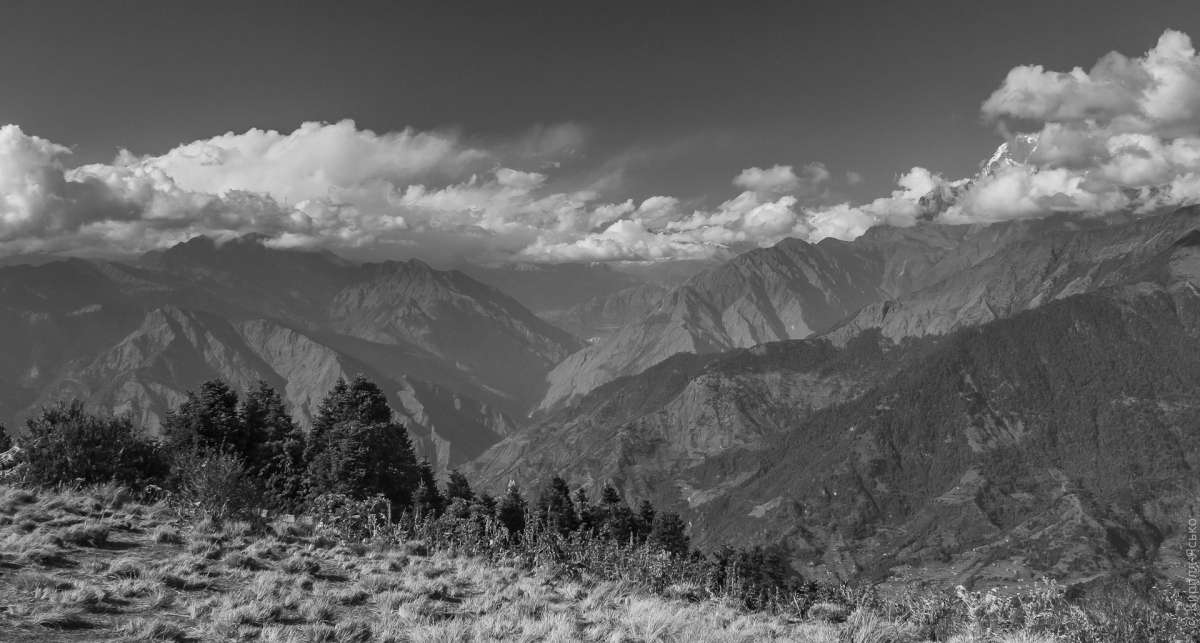 Now, having reached top international crowd begins to see the sunrise the most characteristic of the modern man's way of seeing it through the viewfinder of the camera (this is not a criticism, I am just the same). Photographers thrash on the flat top in search of a better view and piece of free space to place their tripods and telephoto lenses. Other tourists are willing to act as models fontcaude, learn, share impressions. The result is a movement is no less interesting and colorful than the dawn which formally gave rise to the event. 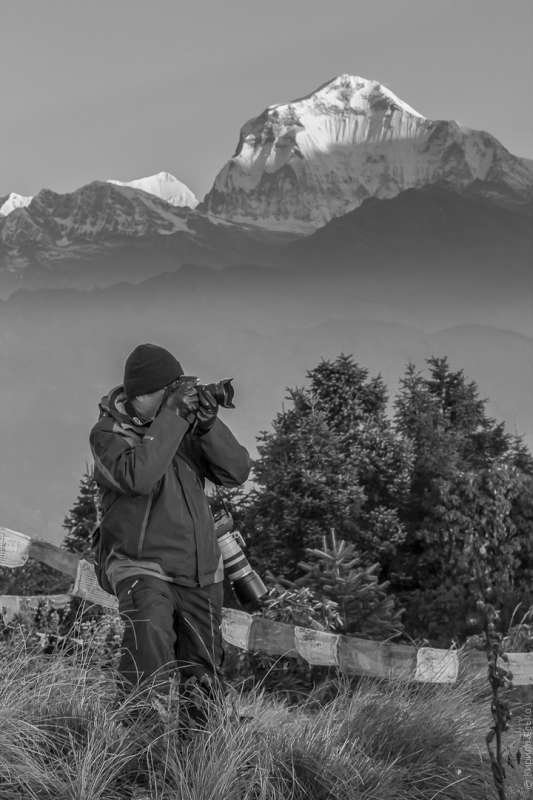 I forgot to say that on top of the hill there is a metal observation tower height of about 10 meters. The tower is quite robust and reliable, with a wide staircase, which is especially important in the morning when its up to the minute storm hundreds of tourists. 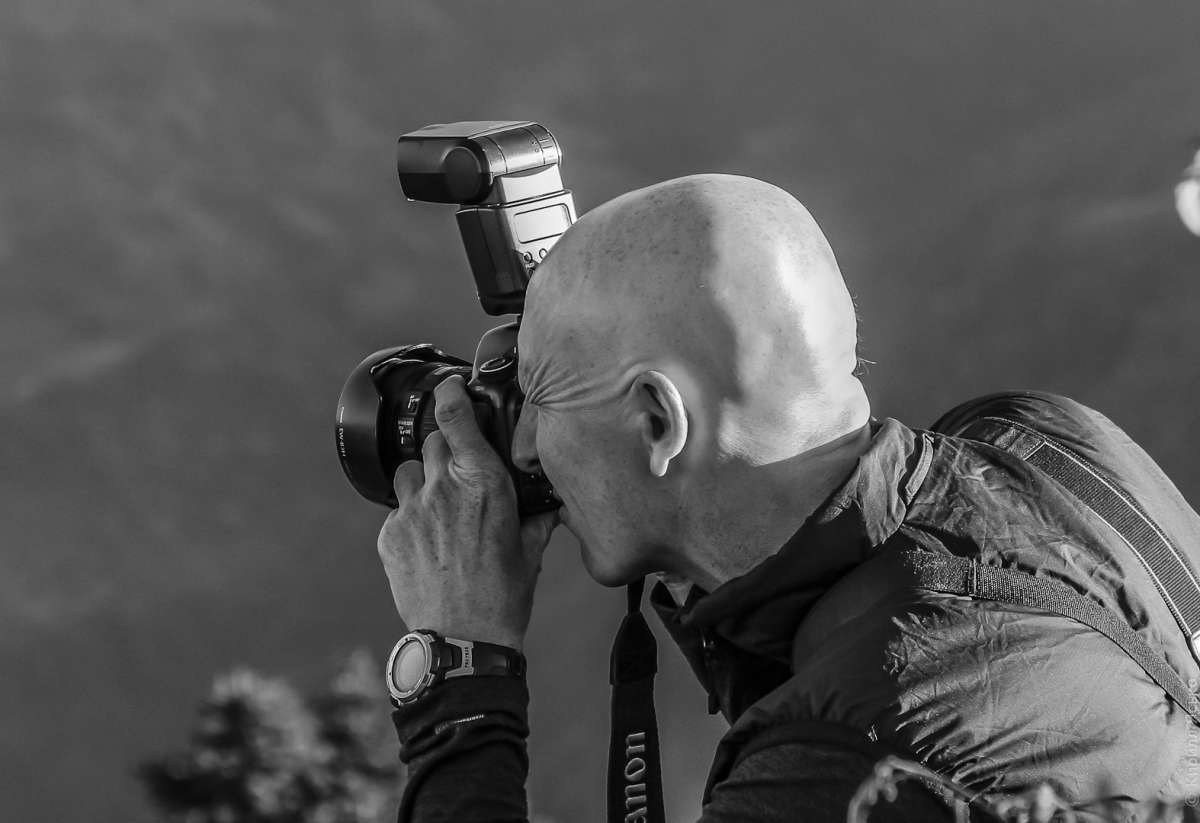 If you too want to join this international get-together, it can be done in the course of our Nepal tours "To Annapurna base camp" and discover Nepal". Moreover, our instructors often bring their groups to the top of Pun hill twice. For the first time in the evening, in dense clouds, just to razmytsya, it is better to acclimate to the altitude and to show everyone the way. Indeed, during the morning climbing the hill, the trail is in such chaos that it could go one group is not always obtained. On the contrary, you can get a lot of fun having a little race to the top. Famously overtaking slow group of the European pensioners (some even riding on mules) you pay less attention to their own shortness of breath and easier to overcome laziness. 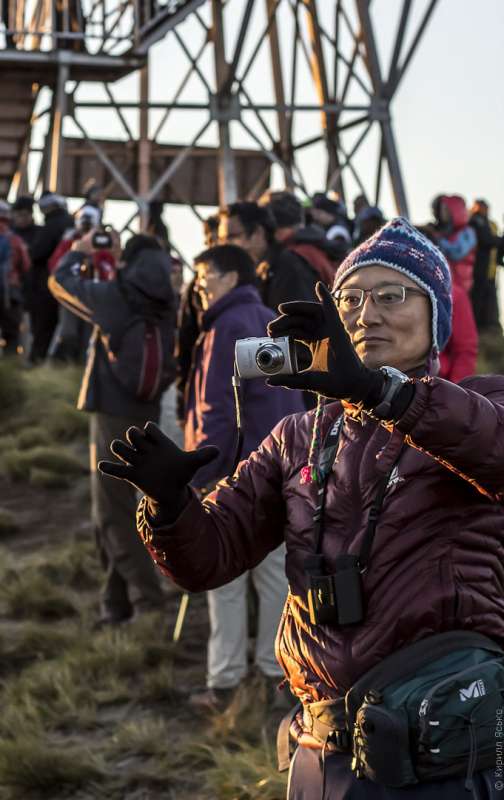 By the way, in the morning in addition to tourists at the peak enterprising locals. They sell hot tea and a Snickers. So instead of a thermos for a walk you can get the money :) 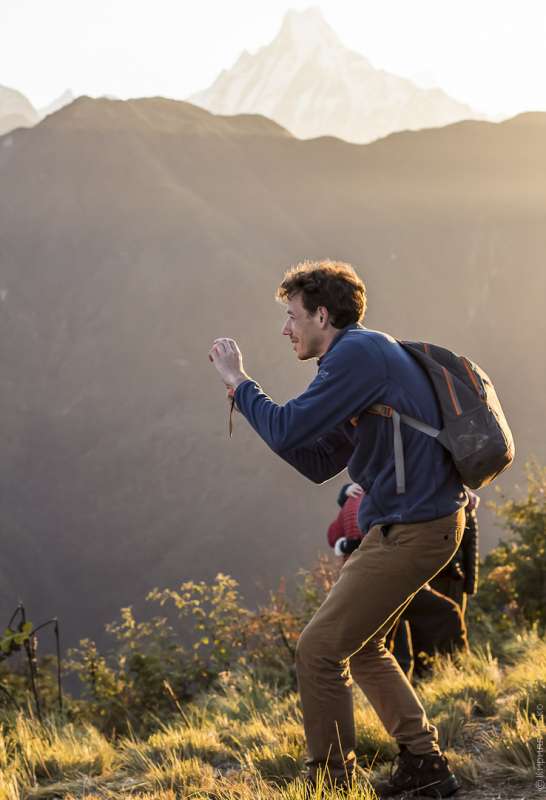 At the end of the article some more shots from the hill Pun hill. 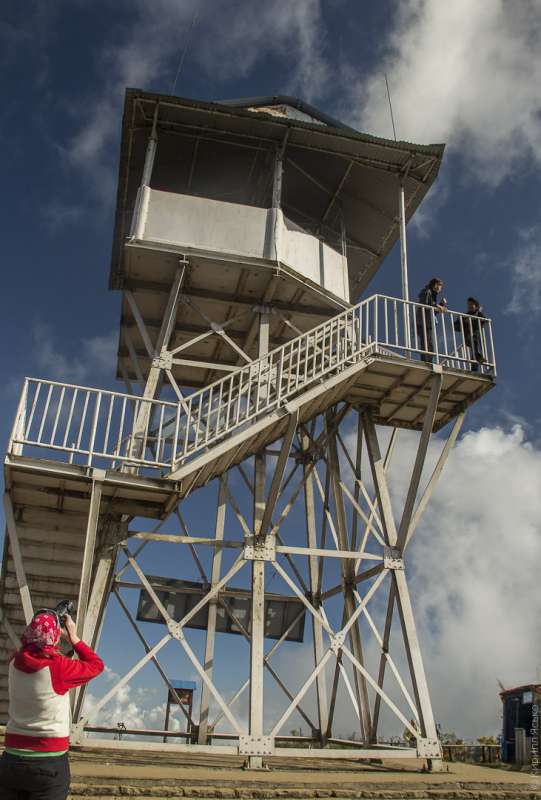