This is my first trip to the Carpathians. Prior to this, only went to the Crimea, so I'll say it's not the Carpathians Crimea and to compare them with each other can not, because they are two completely different regions with different climates and the nature of the terrain. Carpathians affect its color, boundless expanse, majesty and mystery.

We were immediately warned that in the mountains may have persistent rain and wind, but I for some reason, being in hot Odessa, thought I was fairly well equipped for this trip, and I fear nothing. Here I want to advise all who gathered in the Carpathians: Guys! Do not try to save on the outfit, especially the shoes! Believe me, this is the most important in the campaign (My CAT was sold in the first same day:)) many thanks to the instructor Jure because I was told how they combine in marching conditions:)) The Carpathians on the first day met us, to put it mildly, hostile as it was raining. We, advancing, had hoped for what he soon will end, but it was not there: the weather decided to test us. On the first day, and he, as it turned out, was the most difficult, we had to cross the river 6 times. The first night was supposed to be on the mountain "Central" height 1639 m, but as in strong wind and rain problematic arrange tents, to dry and warm, we had to go further. 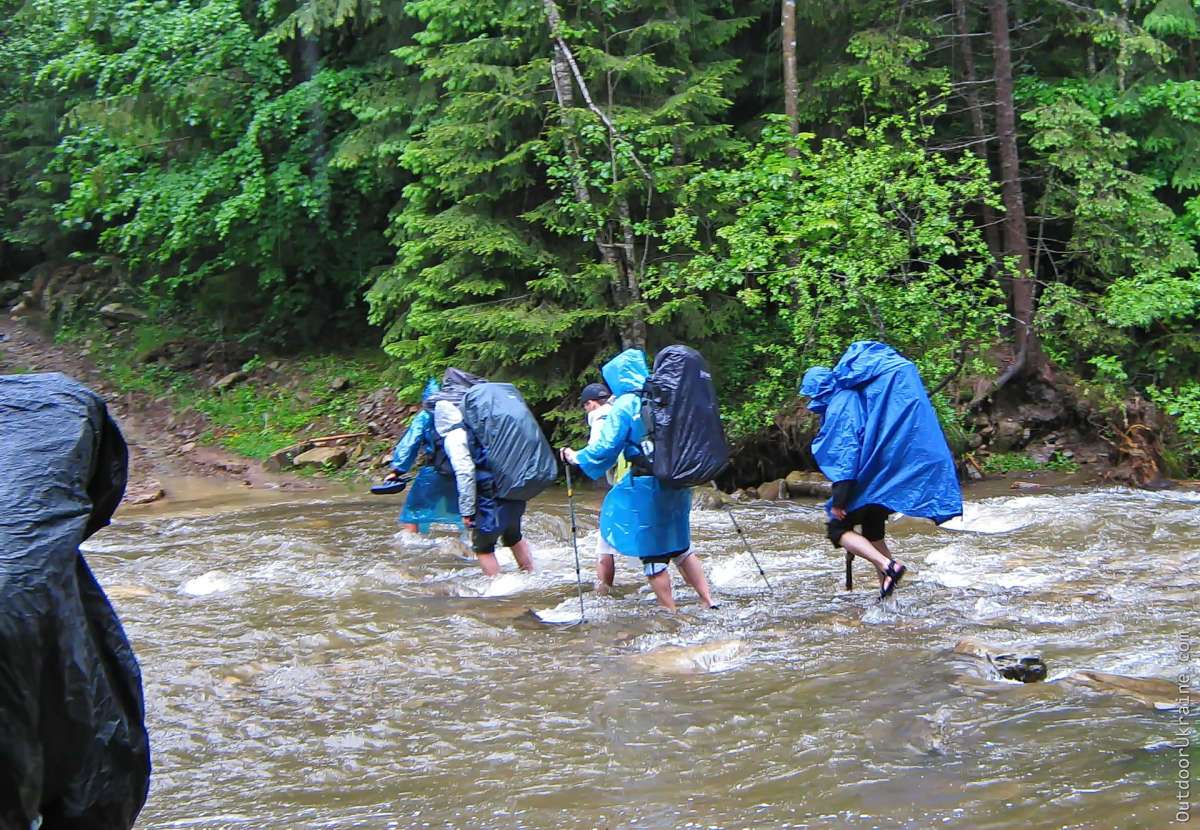 After that, everything was great, the weather was improving, Carpathians finally opened for us. At an altitude of 1800 m it seems that you can see half the country is! Beauty is such that it is breathtaking. Then our route lay to the top of the mountain "Great Sivula" height 1836 m We've been down the narrow paths, losing altitude. Finally descended into the valley where we camped.

The next day we made our way to the top. Went first through the forest, then along the rocky embankments along breakages, as said our instructor Oleg "we will go on traverse". This day was the most memorable for the beauty of the scenery that surrounded us. Already adapted to field conditions and it seemed that the backpack nothing weighs. At the end of the day we went on a "mountain valley", where horses were grazing. Who wanted, went to the top admire the scenery, who had remained in camp to make a fire and cook dinner. The weather was that day wonderful. 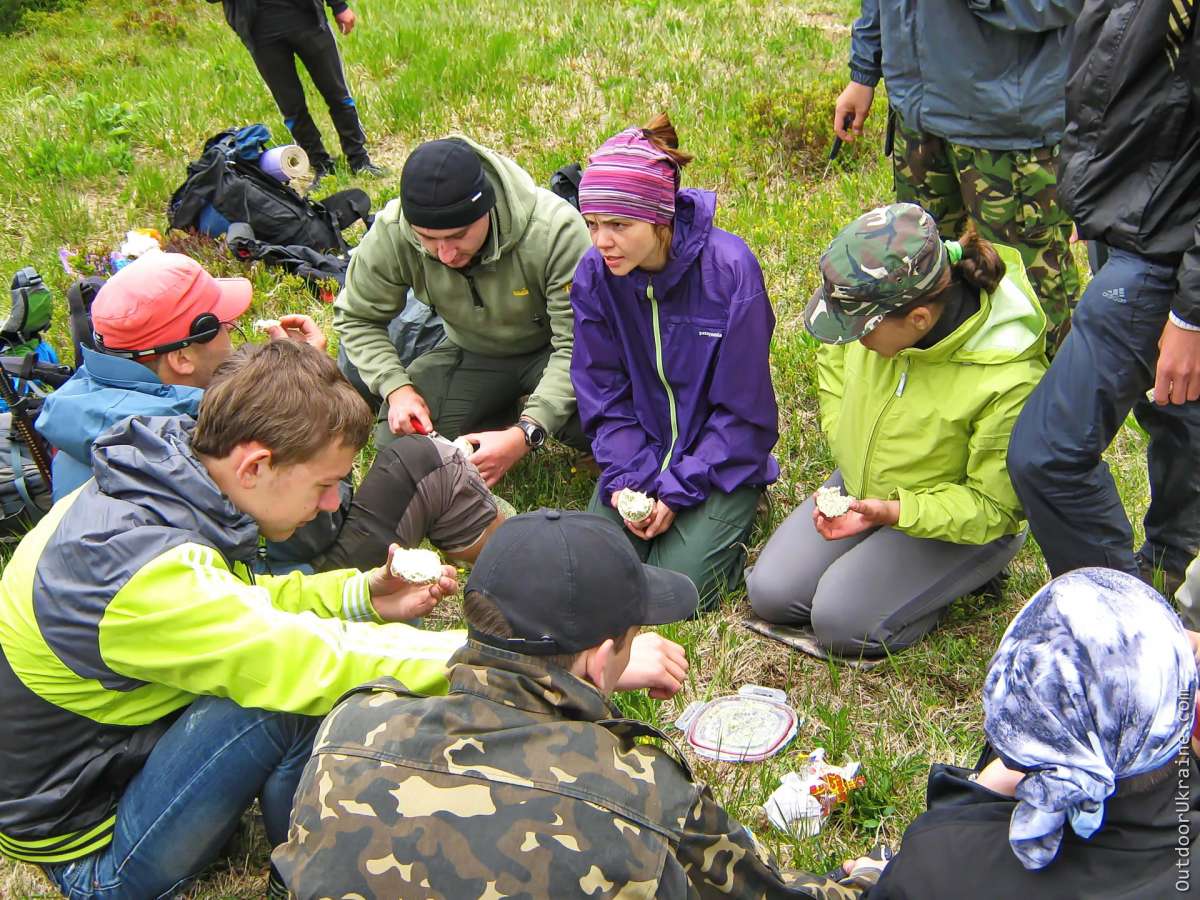 The following days we did not climb, but only down from the mountains and admired the endless landscapes valleys, ridges, forests. At the end of our journey we had a nice surprise in the form of a "shanty" and baths. I liked the reception Vasil, the owner of the estate, where we spent the night. Cozy eco-cottages" is even in place of the mattress was the straw that very pleased with its comfort after a long journey. 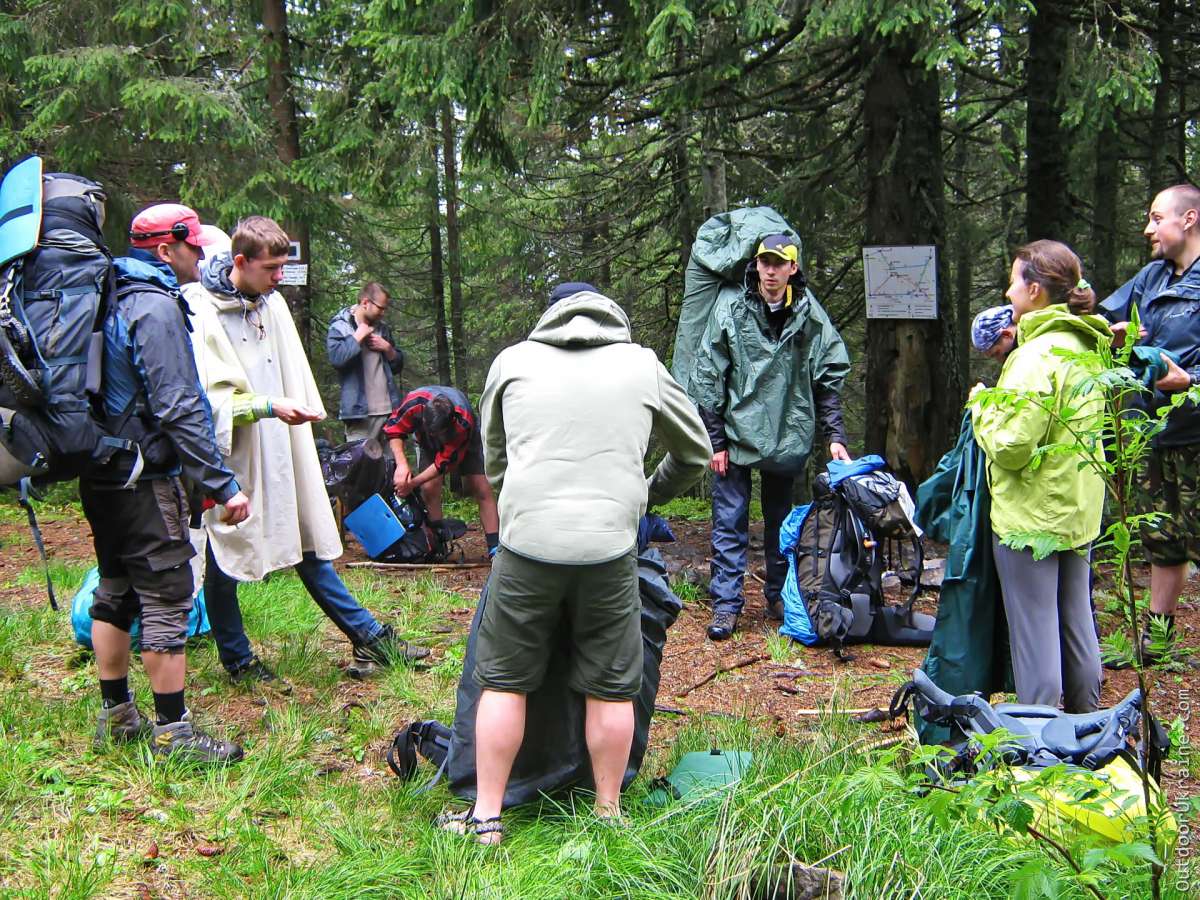 Special thanks to our instructors to Oleg and the Jura. They really showed professionalism, confidence in itself, the support and solidarity of the group. Anyone who doubts to hike or not, we can confidently say that the campaigns don't like to go only those who have never been in a campaign. Anyone who at least once falls in March, will not be able to refuse yourself the pleasure. Because there where that can take you to your feet, not a single transport does not you get to it.