Hiking in the Dividing Range (Carpathians)

Verkhovynsky Dividing ridge - high-mountainous Poloninsky massif (peak of Pikuy, 1408 m) on the border of Transcarpathian and Lviv regions. This name is not for nothing. At its base are the sources of the largest rivers of the Carpathians and Europe – The Dniester, Xiang, Oh, Latoritsa. The route along the ridge is soft enough - practically without significant differences in heights, suitable for beginners. &Nbsp 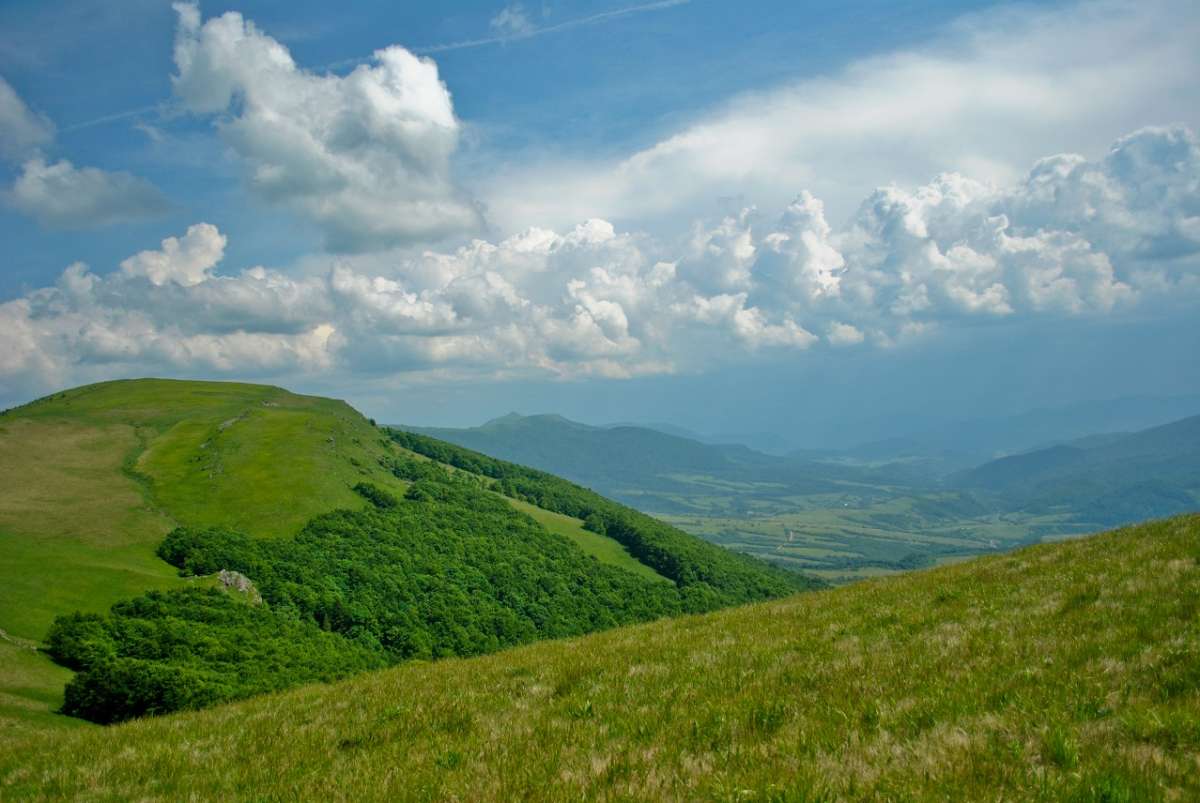 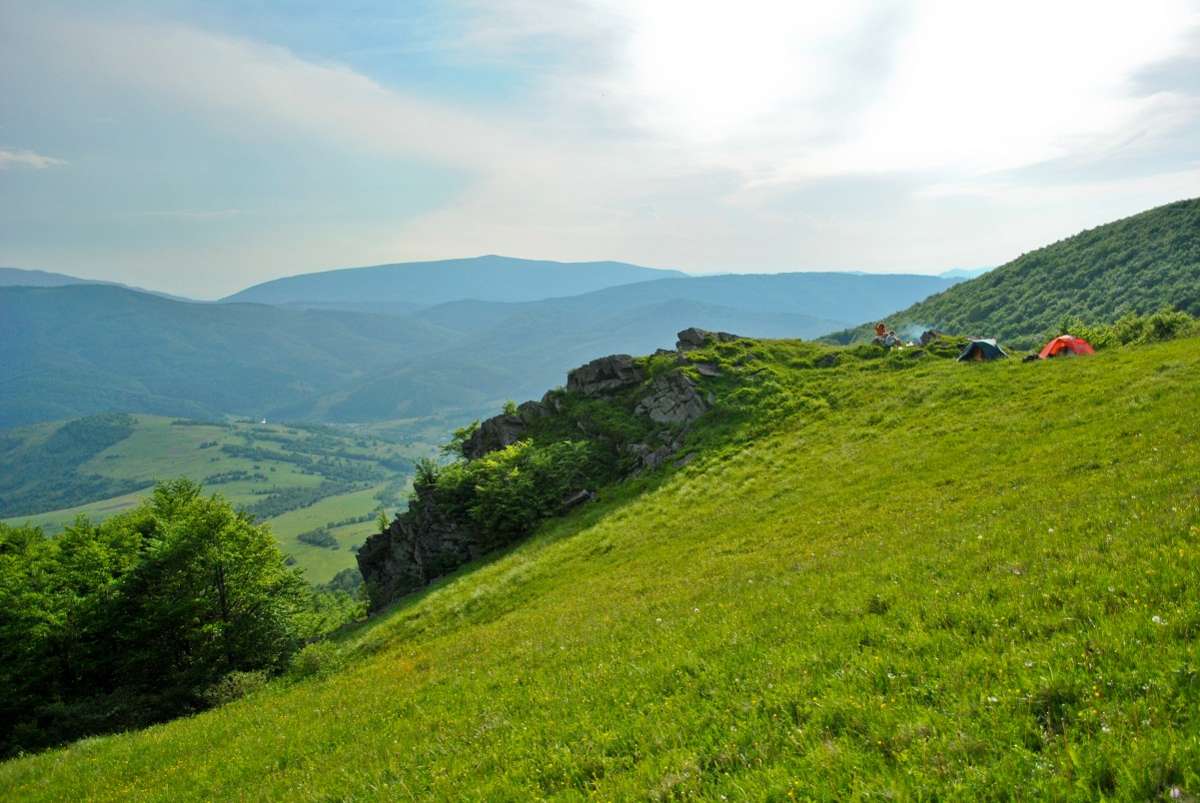 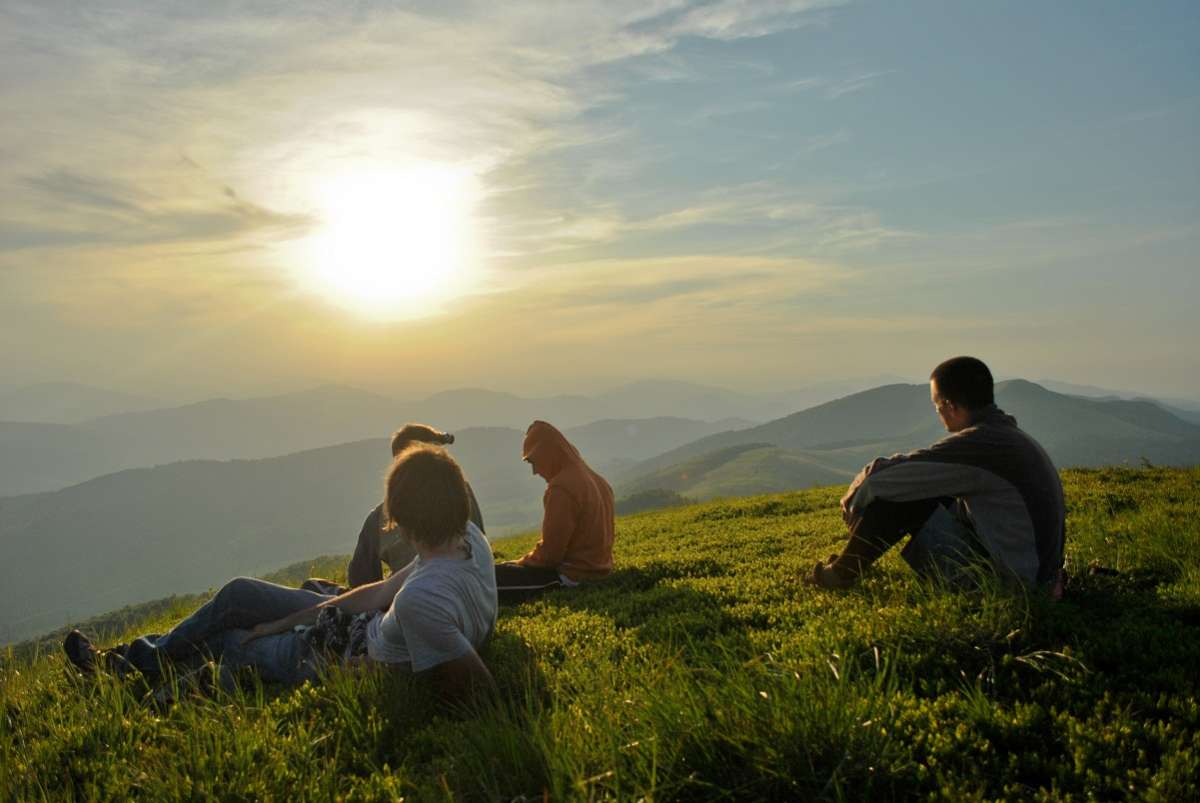 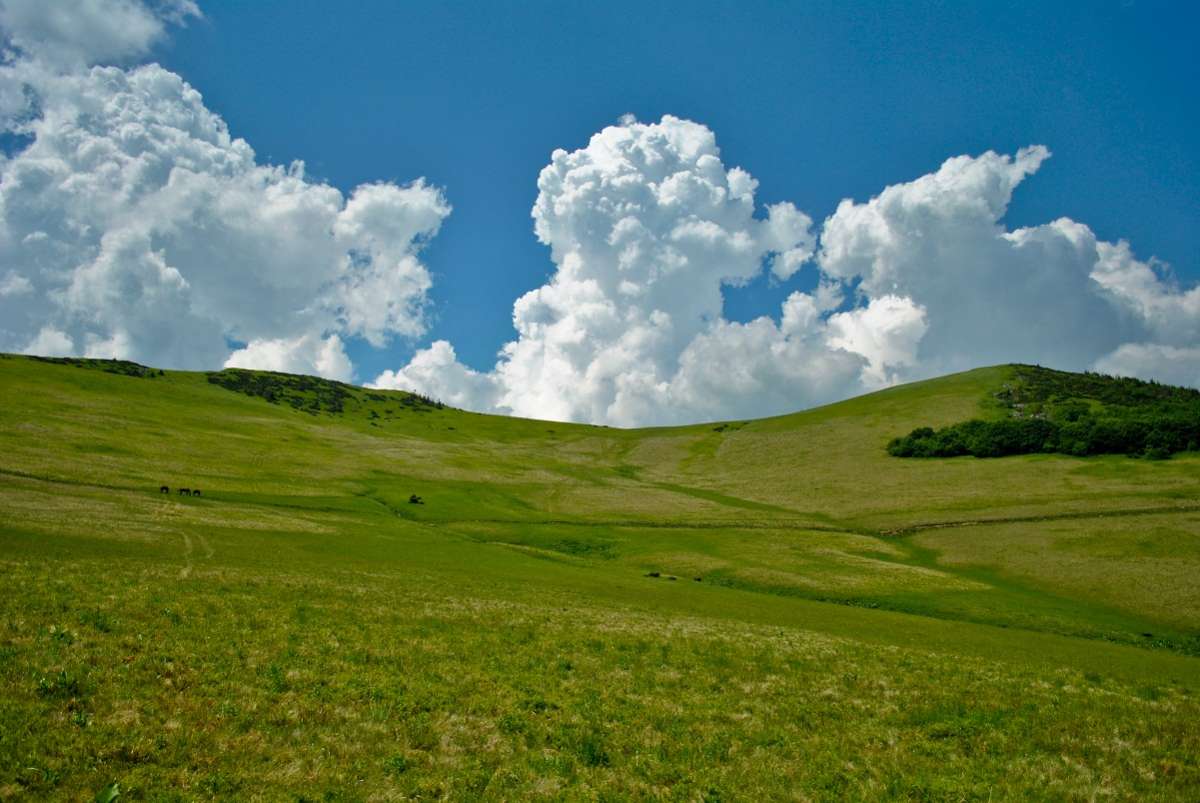 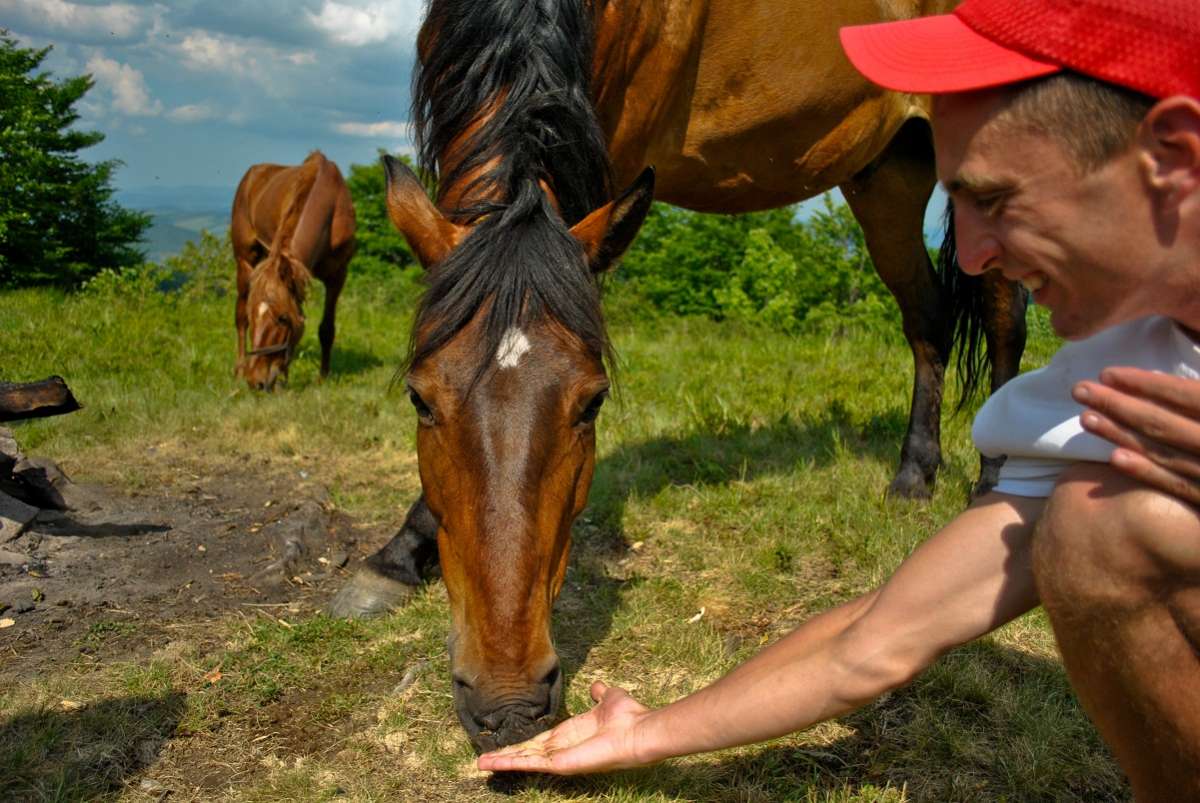 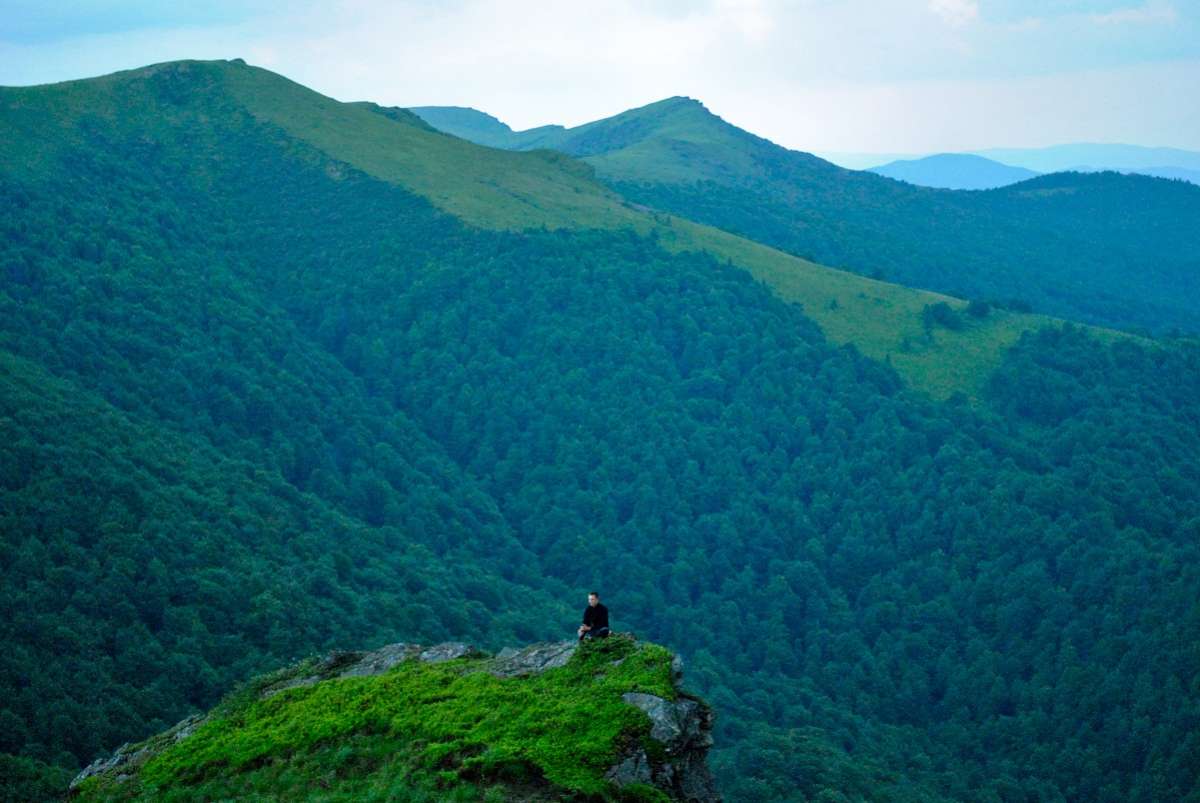 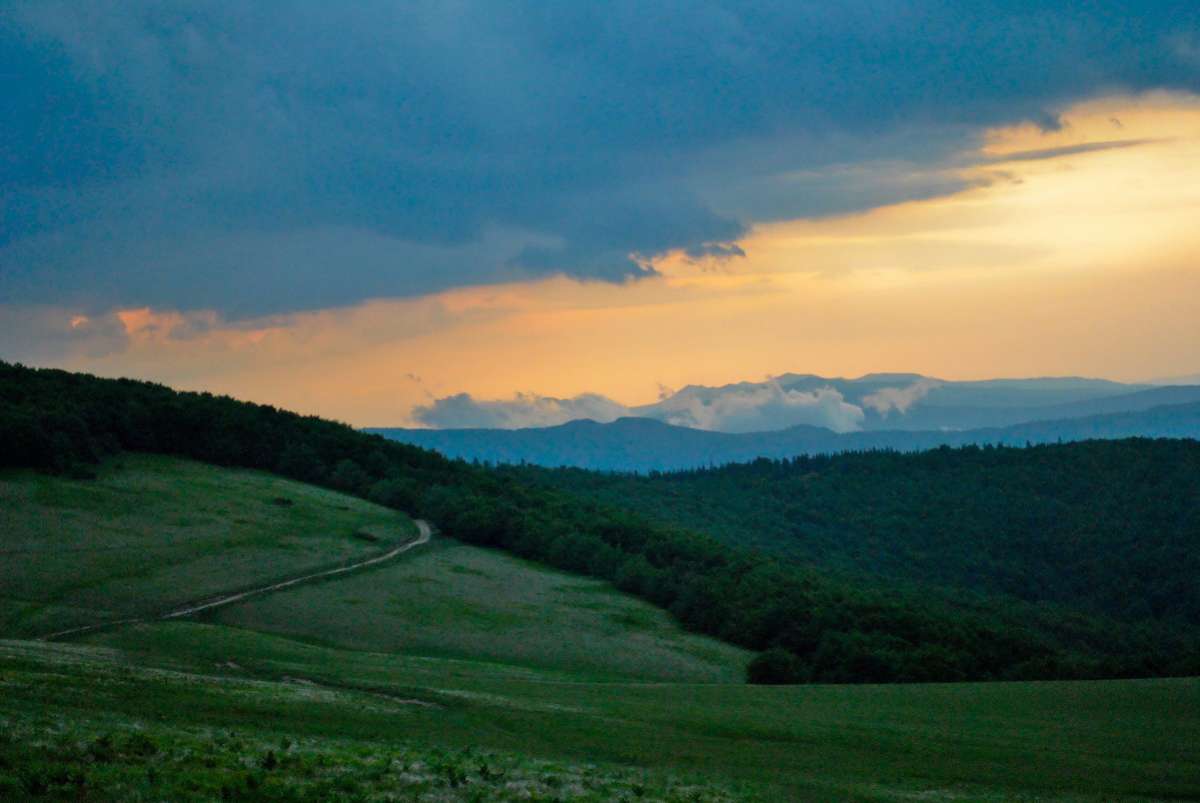 Group Meeting at the railway station Uzhgorod at 7:50 am. By this time, arriving daily Kiev (7-45) and Moscow (4-30) train. In the 8-30 together to sit in the train Uzhotsky Pass. Exit the station Uzhok about 11 am, beginning the rise to the meadow. After 4 miles on Forest Road exit to the mountain Drogobitsky Stone - actually the top of the ridge begins. It offers a beautiful view of the valley and the village Uzhansky Lviv region. Continuing along the crest of the notice is the ultimate goal of the route - g.Pikuy. She will accompany us in the campaign all the time, jumping to the left then right. From late June to the meadow you can build a lot of blueberries, cranberries, blueberries (autumn). Along the way, take a mountain Starostin, then - at the foot of which Zhurivku and break camp on the ground among the rocks overlooking the mountain Acute (1408m.)
Distance of 9 km.
Day 2. Russian Way Pass (1190 m), Mount Upper Great. 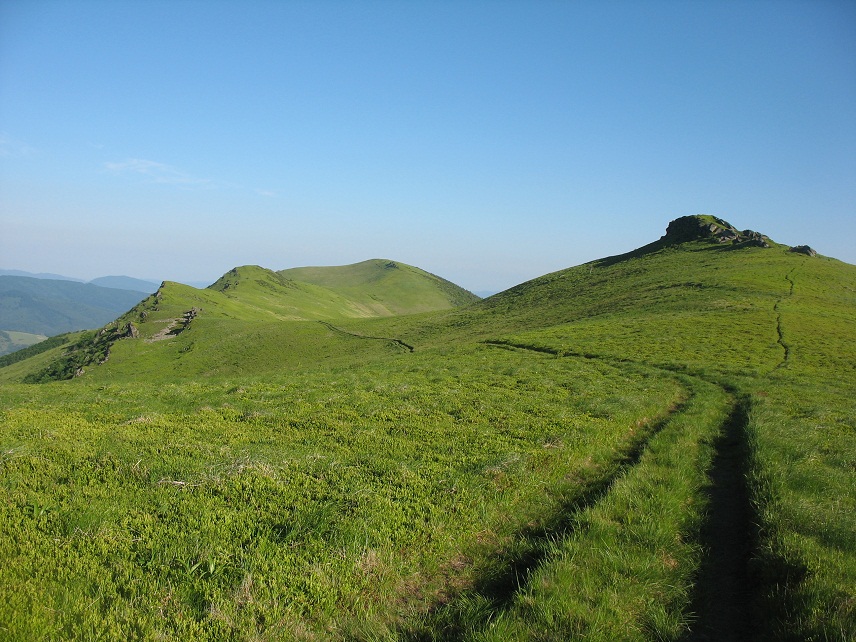 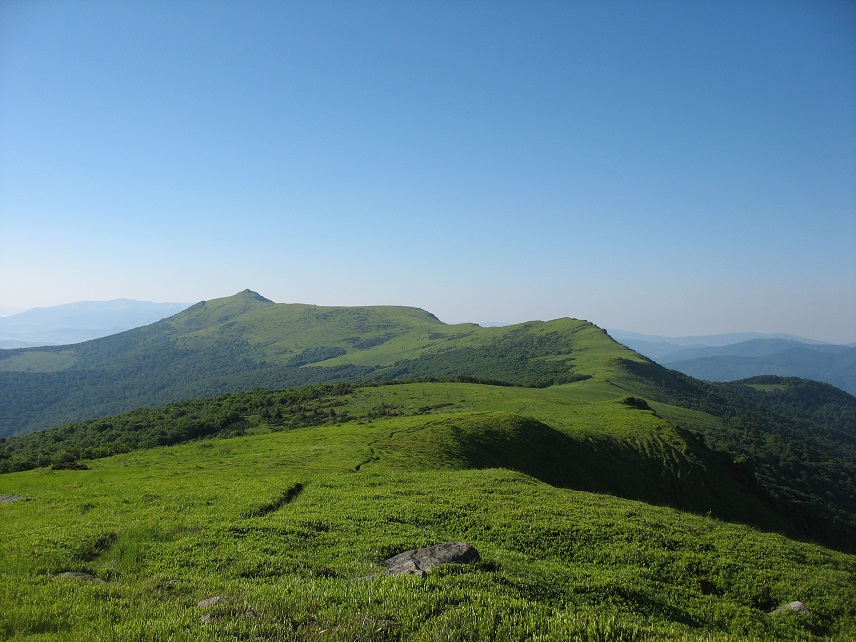 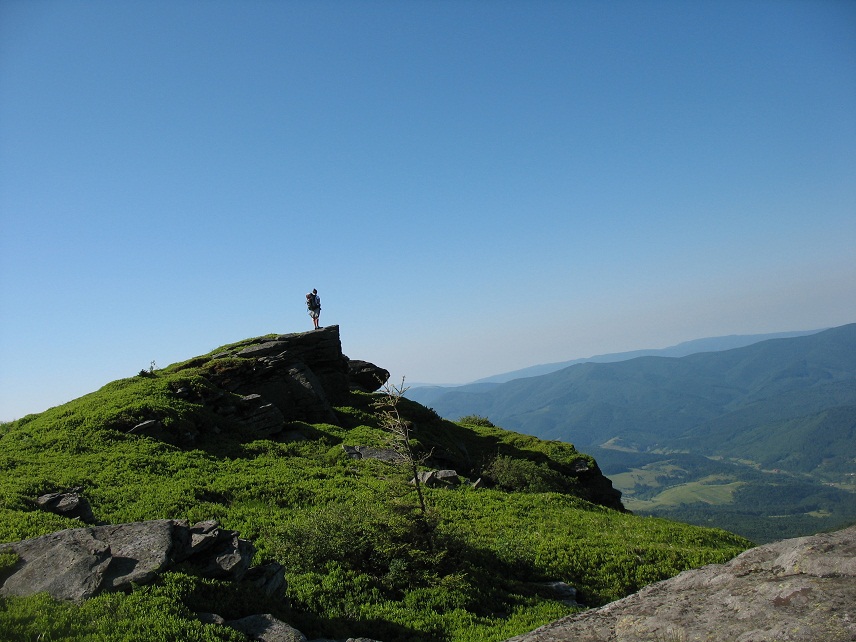 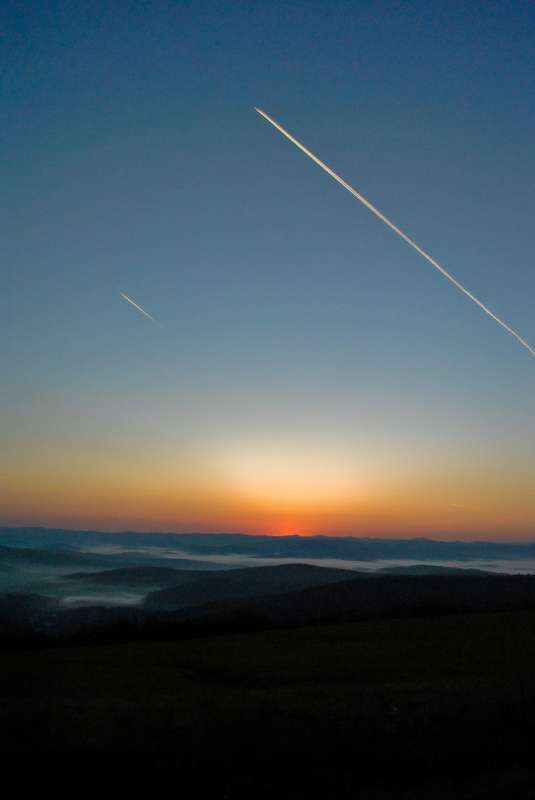 Return to the main ridge and continue to move along the route. Left and right of the ridge can observe the field of arnica, which then blossoms in the second half of June. At the lowest point of the ridge is a mountain pass Russian Way (1190 m) which was used during the fighting of the First and Second World Wars. In memory of those events on a cross pass. In addition, residents of two neighboring regions are using it as a shortcut. Climb to the top of the Great Upper. From this we can see (in a westerly direction) Polish childlessness (city Tarnica 1365m) and the neighboring mountains: Polonyna Fleece, Acute, Lyutyanskaya Golitsa. After lowering the top of the plateau where the exit accommodated for the night, but by the Lviv region. If you're lucky - will meet Likhoborskie grooms who are here to graze polonine wonderful horses.
Distance of 8 km.
Day 3. Nondag Mountain (1303m), Mount Pikuy (1408m), p. Bilasovitsa, Volovets.


Leisurely climb to the top of exit Nondag (1303m). Hence it is a short step to the top of the highest mountain range Pikuy. More and more often come across the road stone deposits and massive cliffs. After descending to the foot through the undergrowth begin to rise. Cone mountain crowned with a four-meter stone quadrangular table, which was built with the residents. Gusny in 1935 in honor of the first president of Czechoslovakia (at that time Transcarpathia was a part of the country) Masaryk. It offers a panoramic view of the Borzhavski ridge. In marked trail passes between the rocks, we begin the descent to the village Bilasovitsu. In the village we get approximately 16:00. Here is the route Kyiv Chop. We sit on the bus, go to Volovets (20km) where there is an opportunity to sit down on the right train (Uzhhorod - Kyiv 17:50, 19:10 Kiev Uzhgorod, Uzhgorod - Odessa 21:18, Mukachevo - Lions 18:43)
Distance 13 km.
+38 097 327-86-98